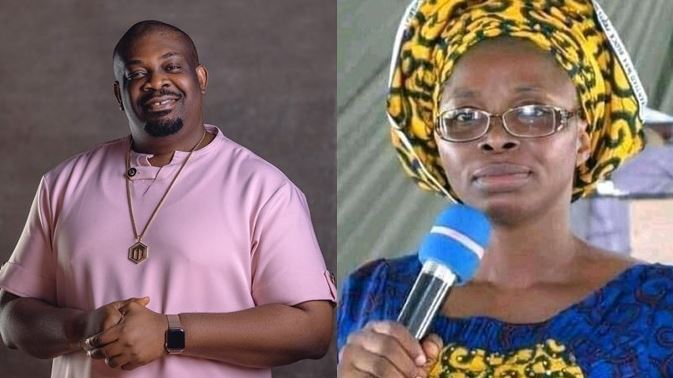 Don Jazzy and Mummy GO
MAVIN record boss and producer, Michael Collins Ajereh popularly known as Don Jazzy has disclosed where he would like to worship.

The music executive in a Twitter post on Saturday, revealed that he desires to attend Pastor Funmilayo Adebayo aka Mummy GO's Rapture Proclaimer Evangelical Church of God.

Don Jazzy asked Nigerians for the location of the church, saying that he would like to go for service there even if it is just once.

He wrote; ”Abeg who know where that mummy GO church Dey. I go like attend at least once.”