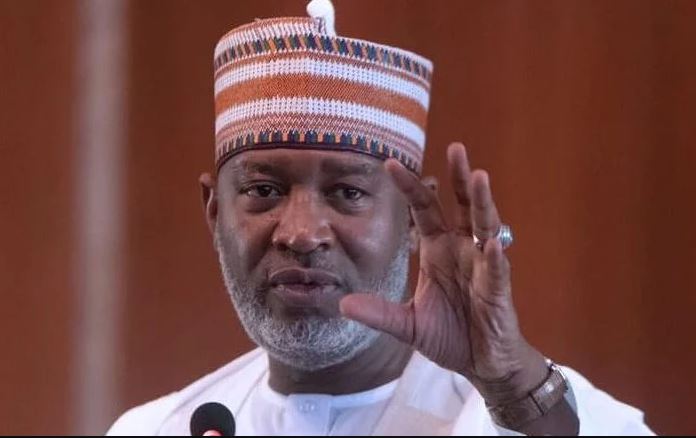 Minister of Aviation, Hadi Sirika
The PUNCH reports that the Federal Government is to ban flights from the United Kingdom, Canada, Argentina and Saudi Arabia in retaliation against their decisions to have included Nigeria in red list countries.

Minister of Aviation, Hadi Sirika, disclosed this in a leaked audio, where he revealed that the ban on the three nations would be announced on Monday or Tuesday by the Presidential Steering Committee on COVID-19.

The Federal Government had repeatedly kicked against the ban on Nigeria by the UK, Canada and Saudi Arabia after the outbreak of the Omicron variant of COVID-19.

In the leaked audio, Sirika was providing explanations on why the Federal Government reduced Emirates Airlines daily flights into Nigeria to only one weekly flight, and went ahead to stress that countries that placed Nigeria on red list would receive similar fate from Nigeria.

He said, “Also, there is a case of Saudi Arabia, which put Nigeria on the banned list – no visa, no travel, etc. So also Canada. So, today, there was a meeting, I participated in a zoom meeting, COVID-19 task force, just for your information also.


“We have given our input in aviation, it is not acceptable by us and we recommend that those countries – Canada, the UK, Saudi Arabia, and Argentina be also put on red list, as they did similarly to us.

“If they don’t allow our citizens to go into their countries who are their airlines coming to pick from our country?

The minister added, “So, I am very sure that in the next few days, between now and Monday, or perhaps Tuesday, at maximum, all those countries will be put on the red list from the PSC (Presidential Steering Committee) from the task force of COVID-19.


“Once they are put on the red list, which means they are banned, of course, their airlines will be banned. I’m so sorry, we are going through a difficult moment, but we have to do it in the interest of our country.”

The outbreak of COVID-19 had led to various forms of disagreements between the Federal Government and some nations, particularly in the aviation sector.

On Friday, for instance, The PUNCH reported that the Federal Government on Thursday withdrew its approval of Emirates Airlines winter schedule, cutting down the carriers daily flights to Abuja to just one day in a week after discussions with the United Arab Emirates did not go as planned.