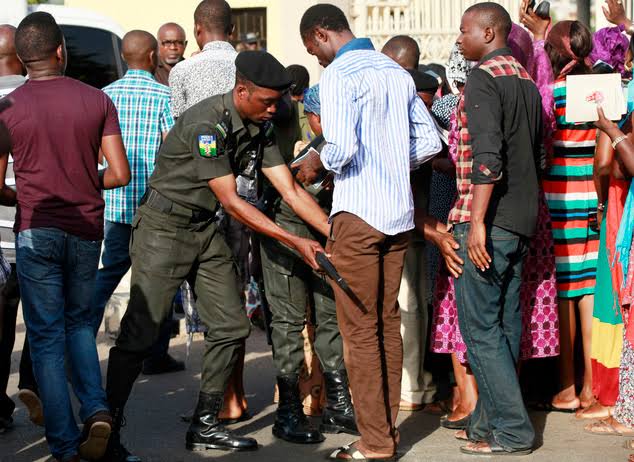 File photo
Police officers in Kwara State have been warned against searching phones and laptops of residents in all parts of the state.

In a statement issued in Ilorin the state capital on Thursday, November 4, by the command’s Police Public Relations Officer (PPRO), Okasanmi Ajayi, the force frowned at the reported indiscriminate searching of the telephone handsets and laptops of perceived internet fraudsters by Police on stop and search duty.

The statement quoted the Commissioner of Police, Kwara State Police Command, CP Tuesday Assayomo, as saying that he is miffed by reports reaching him of the menace of the incessant and indiscriminate search of expensive telephone handsets and laptops of young persons suspected to be internet fraudsters by policemen in the state.

Assayomo lamented the development, saying that such a search is becoming unacceptable.

The CP has thereby forbidden policemen from searching phones and laptops of persons at random, except the telephone and laptops are products of investigation approved by the commissioner of police himself.

The statement added: “Members of the public are hereby advised to report any contrary action against this order to the Commissioner of Police through the following dedicated phone numbers:

“The commissioner of police further advises members of the public to be law-abiding and eschew every form of violence.”