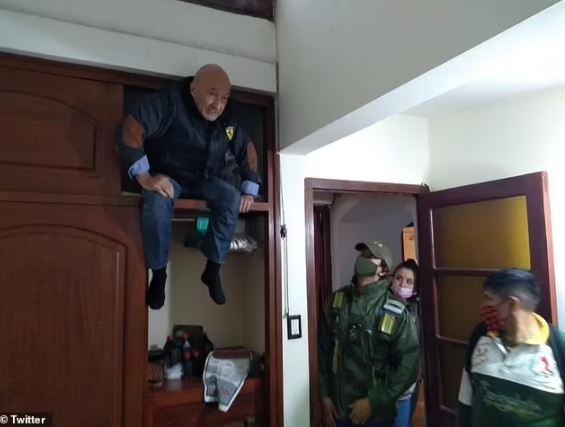 Lt Col Carlos Cialceta, a high-ranking officer in the Argentinian Army who has been at large after he was accused of murder has been arrested after he was found hiding in a cupboard.

The officer who was wanted for human rights violations, had been on the run for seven months before his arrest.

The Argentine top brass was accused of kidnap, torture and murder of a political activist dating back in 1976 and had been serving with the 28th Mountain Infantry regiment at the time.

Federal Judge Mariela Giménez granted a warrant for his arrest earlier this year in April.

Police officers swooped on an address in Salta, Argentina, after receiving a tip-off that he was staying there.

Lt Col Cialceta's partner had previously said the retired officer didn't live at the address, but after using surveillance and wire-tapping they became aware that he was.

'Carlos Cialceta, retired Army Lieutenant Colonel, with an international arrest warrant since April 12, 2021, prosecuted for kidnapping, torture and murder in 1976.

'While serving in the Monte 28 Infantry Regiment, Tartagal.

'The fugitive was hidden in the closet of the raided house, he was arrested after field work and wiretapping.

'It is available to the judge.'

Cialceta is accused of the kidnap, torture, and murder of political activist Jorge René Santillán on August 10, 1976.

Five hooded men broke into Santillán's home in General Mosconi and kidnapped him before his body was later found 20Km away. 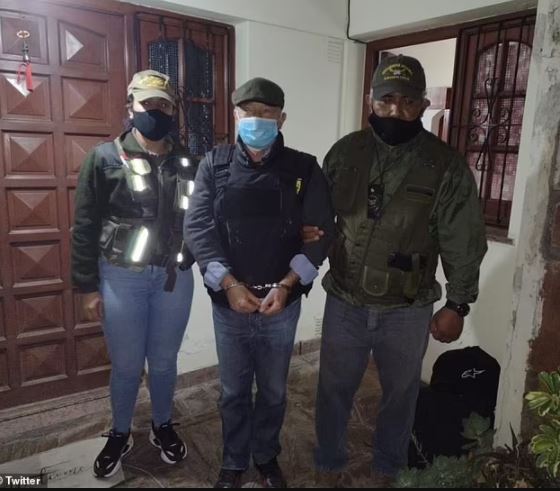