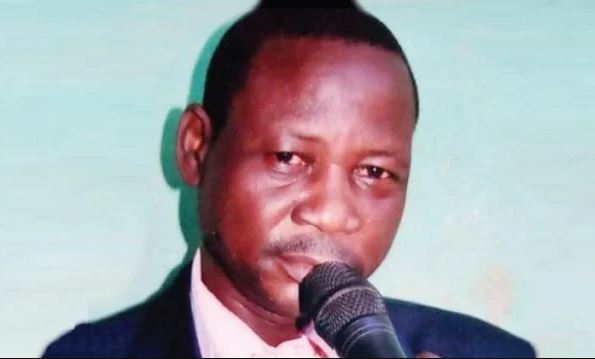 On Sunday, June 3, 2012, a McDonnell Douglas MD-83, belonging to Dana Airline, crashed in the Iju Ishaga area of Lagos, killing all 153 passengers on board and six others on the ground. The crash happened on a land separated only by a fence from the house of Pastor AkinJesu Adekunle, Lead Pastor, Bread of Life Apostolic Mission. Nine years after, Adekunle, in this interview with GODFREY GEORGE, says he’s still struggling to get over the shock

You were an eyewitness to the June 3, 2012 Dana Air crash at Iju Ishaga in Lagos. It’s been nine years, can you recollect what you saw on that day?

Well, recounting this is like reopening old wounds. It was a terrible day. The day was going on quite normally. No one saw it coming. It came as a huge shock to me and everyone who lived in the neighbourhood. It was not a pleasant event at all. Everybody surrounded the scene. Our house was where officials of the Lagos State rescue team passed through to rescue some of the victims on board, trapped in the debris. Not even one of them survived, I learnt. We know what we passed through as a family, but we are grateful to God that we are still alive and strong today.

Did you have any family members at home with you when this crash happened?


Of course, I did. My entire family was with me that day; we all saw the plane in distress coming down so fast. In fact, the tail of the plane nearly touched the roof of my building as it crashed to the ground. The land the plane crashed into was slightly demarcated by a fence. Our kitchen was at the back of my building, and if not for the fence, I cannot begin to imagine the number of lives that would have been lost. We were scampering to safety when we heard the explosion. My heart skipped a bit. I thought we would not survive it. It still baffles me till date how I am alive.

We had a nine-month-old baby in the house that day. She was trapped under the rubble. She is nine years old now. Her name is Favour.

How was she rescued?


Well, we are grateful to God that she was rescued. The details are things I wouldn’t want to recall now.

Does she have any permanent scar on her body?


She was just nine months old. So, physically, there is none that I know of. But, I cannot say if psychologically there are.

She was nine months old then, and now she is nine years old. Have you told her about the incident and how she was trapped in the rubble?

Of course, we had to tell her. If you asked her, she would tell you about what she knows.

After the incident, she was sick for a really long time. The shock of the experience did not leave her for over three years. She had panic attacks and fell into deep traumatic episodes. What she has gone through as a child, most adults, I am sure, may not be able to handle it. The fact that we almost lost her to the crash still shocks her till this day. If she hears any sound, she becomes paranoid and begins to panic. It is not a good experience. It still shocks everybody. We are still recovering; we are healing.

Have you tried seeing a psychologist to help with this trauma?


Yes, we have. After the crash, psychologists from Ikeja and Opebi came around to help most people who were badly hit with the trauma and loss. Almost everyone in the area went to get the help they came to offer, because everyone had their share of the incident, which has left an unpalatable memory in their minds. Whenever I remember the incident of that day, I have nightmares when I sleep.

It has been nine years since this incident. What are you most grateful for?


I am not just grateful, my joy is overflowing. I thank God for sparing my life and that of my family members. God has not left us desolate. He keeps providing and taking care of us. Though the incident affected my church; many people have gone, but God brought others to worship Him. It is such an honour to be alive. I made an appreciation post on Facebook on Monday, thanking God for the event of that day. That is enough reason to be thankful to God for.

Would you say you have recovered from the shock of that crash?


By the grace of God, we are still trying to forget and come out completely. When something like that happens, you know there is no way you can recover totally from the shock. In fact, none of us has totally recovered. We just keep pushing it as far as we can to the back of our minds so we can see the future more clearly. It was an unforgettable experience. There is no way we can fully forget the incident of that day, honestly.

We had psychological, emotional and material damages. It was a really traumatic experience. We lost a lot of properties, but one thing I am ever grateful to God for is that we didn’t lose anyone.

What properties did you lose to this crash and have you been compensated for these losses?


Well, we have documented this with our lawyer. I may not be able to remember them in full details now, but we lost quite a lot of things. We have not got any compensation for what happened that fateful day, not even a penny. According to our lawyer, the matter is in court, but it will be on a settlement basis. So, it will be safe to say it is work in progress and our lawyer is handling it.