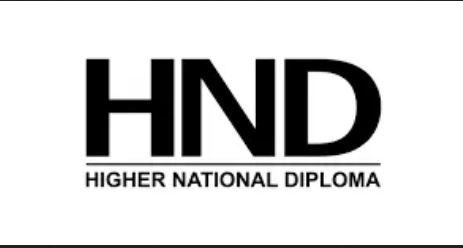 According to report by SaharaReporters, the Nigerian Senate on Wednesday passed into law a bill abolishing discrimination against Higher National Diploma (HND) holders for the purposes of employment and promotion, into law.

The decision followed the consideration and adoption of a report on the Bill presented by the Senate Committee on Tertiary Institutions and TETFund, at plenary.

The 9th Senate recently moved to address the existing discrimination between Bachelor of Science Degree (B.Sc) and Higher National Diploma (HND) in employment and promotion in Nigeria.

During a public hearing on “A Bill for an Act to abolish and prohibit discrimination between First Degree and Higher National Diploma (HND) for the purpose of employment and other matters connected therewith”, organised by the Senate Committee on Tertiary Institutions and TETFUND, stakeholders took turns to vent their anger on the discrimination that has gone on for a long time.

The Chairman of the Committee, Ahmad Babba Kaita described their effort as the third time such a bill would come to the Senate.

He added that none had reached public hearing.

Kaita said the bill is not controversial as the Committee received “no single memorandum is opposing it”.

The bill which is sponsored by Senator Ayo Akinyelure (Ondo Central) is seeking to address the dichotomy that exists between B.Sc and HND that has affected a sign