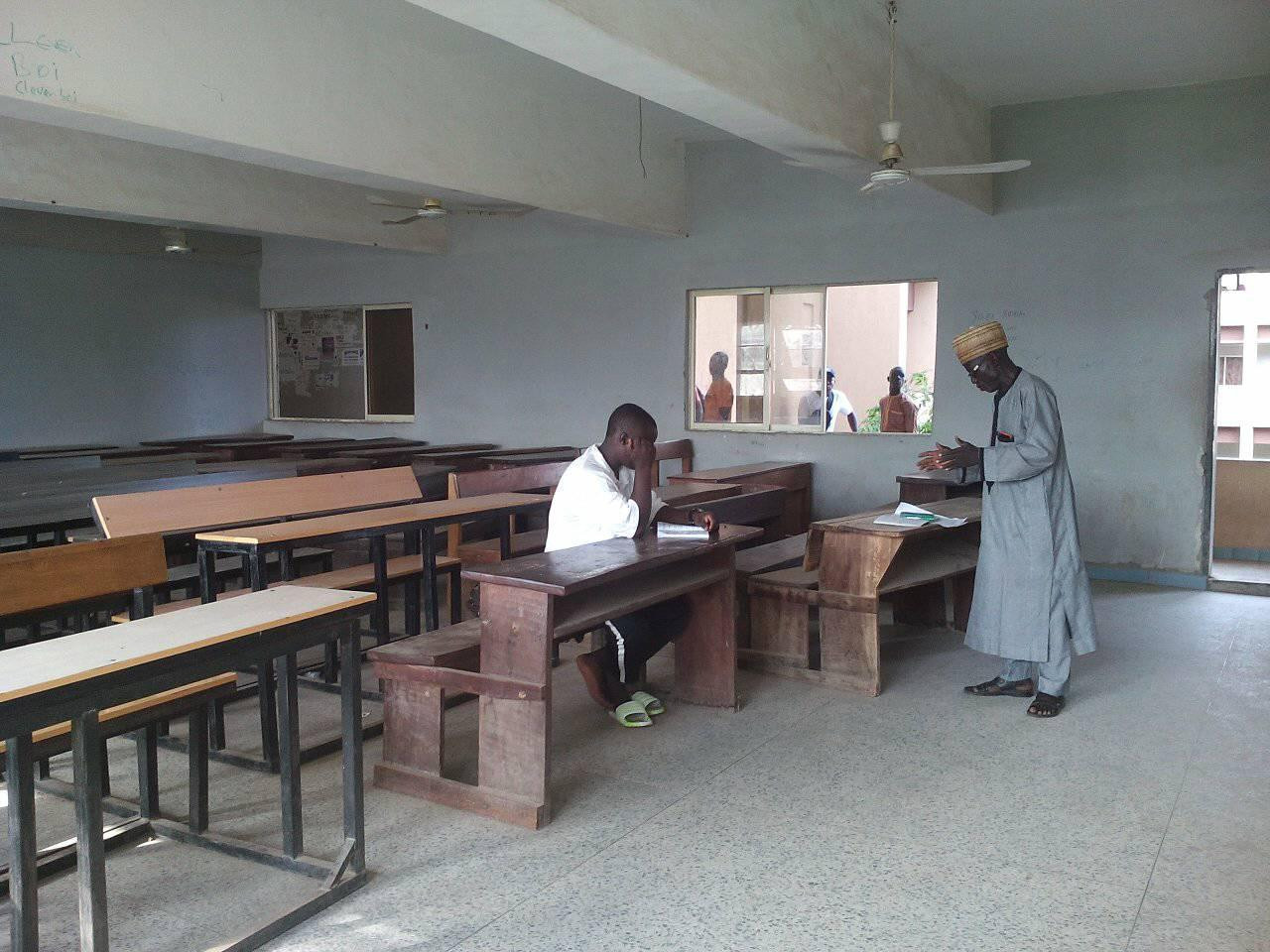 Lecturer teaching only one student at Fed Poly, Bida

Nigerians have been stunned after a photo of a lecturer teaching just one student who attended his class appeared online.

It was gathered that the lecturer with the Department of Statistics, Federal Polytechnic Bida, Niger State, was spotted on Monday, June 28, lecturing only one student who attended his class.

This comes as many students of the institution are yet to resume classes since the Academic Staff Union of Polytechnics, ASUP, suspended its 65-day-old strike on June 10.

Facebook user, Olaiya Isah, who spotted the lecturer shared the photo and commended him for his commitment to duty.

"Truely, Their are men/women who loves their job. Look at the picture below then read.


''Let take our mind from the fact that many students are yet to resume maybe due to harsh economy. let us focus on this lecturers commitment despite the fact that only just one student was in attendance.


"I was just walking by this morning before i came across this lecturer, ACCURACY was suprised and amazed to see that there are people who loves their job passionately. This no doubt is an indication of commitment, zeal, love for job, dedication.


"He is an old man but very energetic. I was forced by supprise to ask him that ‘ sir, pls can i take a photo of u?’ And the lecturer responded that .‘ hope the picture wont implicate anybody’. i was overwhelmed, happy and encourage to continue to give to humanity without expecting applaud. from his response, one can deduce that his interest is not for the world to see him but just to clear his conscience and to justify his salary. He is a lecturer from Statistics department." 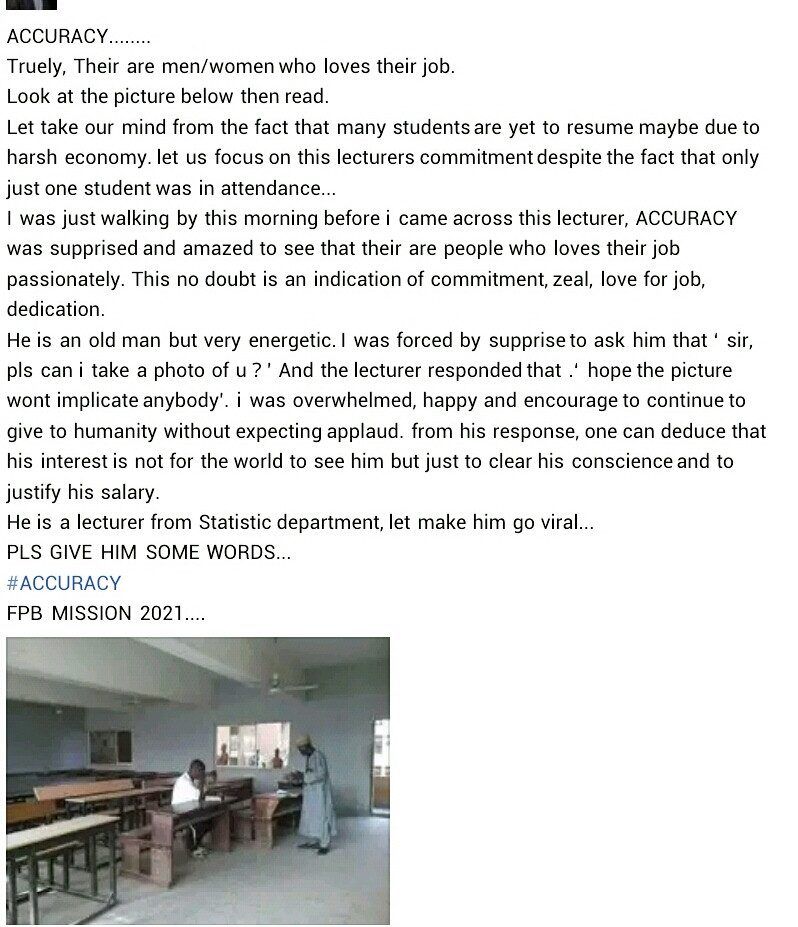 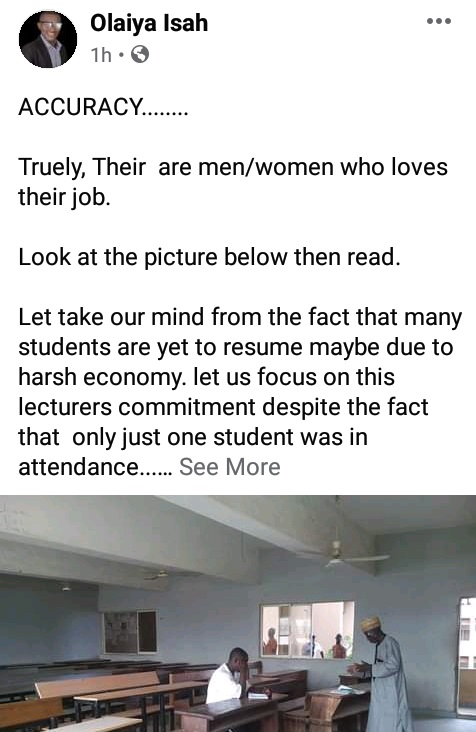