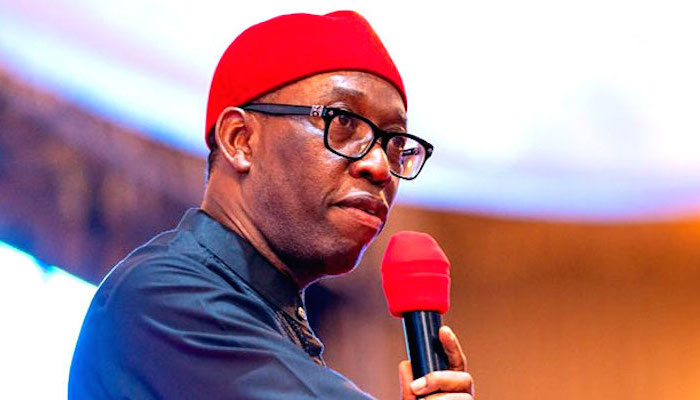 Delta State Governor, Ifeanyi Okowa has granted full autonomy to the judiciary in the state.

This is as the on-going strike embarked upon by the judicial staff union of Nigeria (JUSUN) enters its sixth week.

Governor Okowa made the pronouncement at the government house Asaba when he received the Chief Judge and judges of the state judiciary led by Justice Marshal Mukoro.

He said with the two committees put in place and the law already signed in January, the state will now begin the process of implementation of full autonomy for the state judiciary.

Governor Okowa said the state house of assembly for two years now has been enjoying its own autonomy and he sees no reason why the judiciary should not follow suit adding that he has never been against judicial autonomy.

According to governor Okowa, judicial autonomy would not in any way affect relationship of both arms of government noting that with the full implementation, the chief judge is now empowered to effect his own direct approvals without having to resort to the governor.

Justice Mukoro said the visit is part of the valedictory activities to his disengagement as a judicial officer and head of the judicial arm of the government in delta state.

He thanked the governor for his support in his 6 years as chief judge of the state and for approving the process for the implementation of full autonomy for the state judiciary even as he charges all to always remember their leaders in prayer.

Justice Mukoro reminded the audience that Okowa’s greatest legacy would be the establishment of 3 new universities, describing it as money well spent and unforgettable legacy.