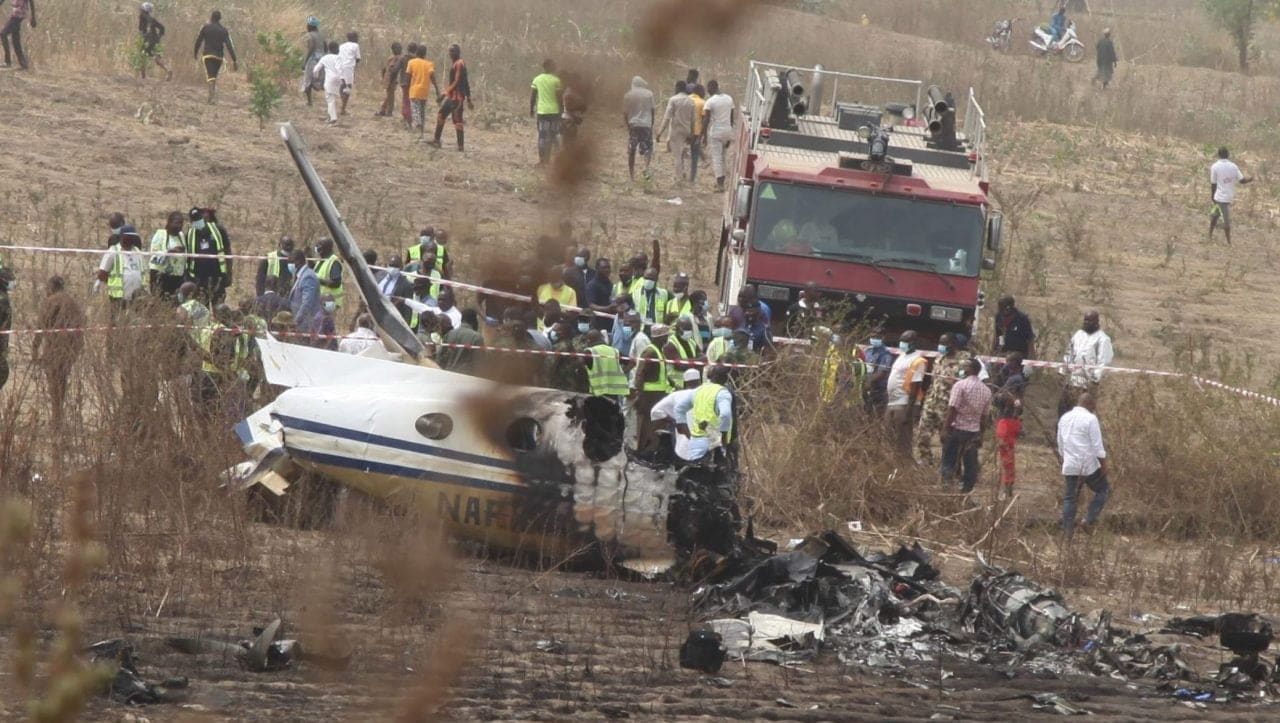 The site of the plane crash that claimed the life of the Chief of Army Staff, Lieutenant General Ibrahim Attahiru and other top military officers in Kaduna, has been taken over and cordoned off by the military.

Even management and staff of the Airport have been prevented from accessing the scene of the accident, which occurred within the Airport’s perimeter fence.

The officials of the Accident Investigation Bureau (AIB) are expected to carry out an investigation into the immediate and remote causes of the crash.

The Nigerian Air Force plane, Beachcraft 350, crashed around 6:00 pm on Friday, killing all the 11 persons on board, including the Chief of Army Staff, Lt.-Gen. Ibrahim Attahiru.

General Attahiru was coming to Kaduna to serve as the Special Guest of Honour and Reviewing Officer at the Passing Out Parade of the Regular Recruits Intakes from Depot Nigerian Army, Zaria.

Speaking to journalists at the Airport on Saturday, Kaduna Airport Manager, Mrs. Amina Ozi Salami said, the aircraft was originally billed to land at the NAF base, Kaduna, but was diverted to the civil airport due to bad weather.