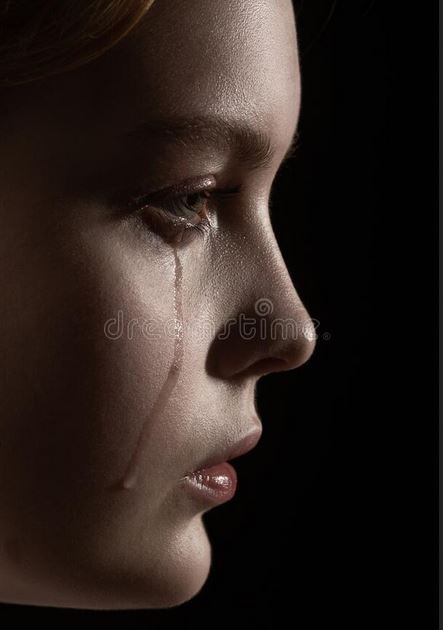 File Photo
A lady has disclosed how she had s3x with her boyfriend and his father after visiting their home for the weekend.

The 21-year-old lady who wished to stay anonymous shared her story with Post Subman on Twitter, she recounted visiting her boyfriend of two years during Easter, to spend time with his family which she was meeting for the first time.

However, the drama that took place is one she claimed not to have done with a sane mind.

She narrated how she and her boyfriend were engaging in intercourse with the doors locked but his father used a spare key to gain entrance into the room, but rather than be ashamed or angry her boyfriend pleaded with her to let his father join them.

After some persuasion, she finally agreed and they continued like that throughout the weekend.

When the session was over, the father gave her 250k and the boyfriend gave her N20k. She then went home but started feeling bad over what happened. She then contemplated punishing her boyfriend by either dumping him or dating his father. 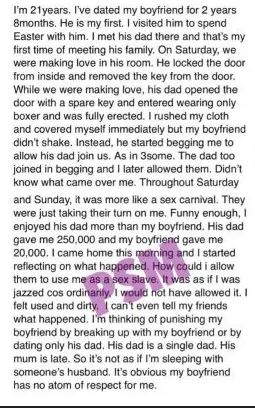