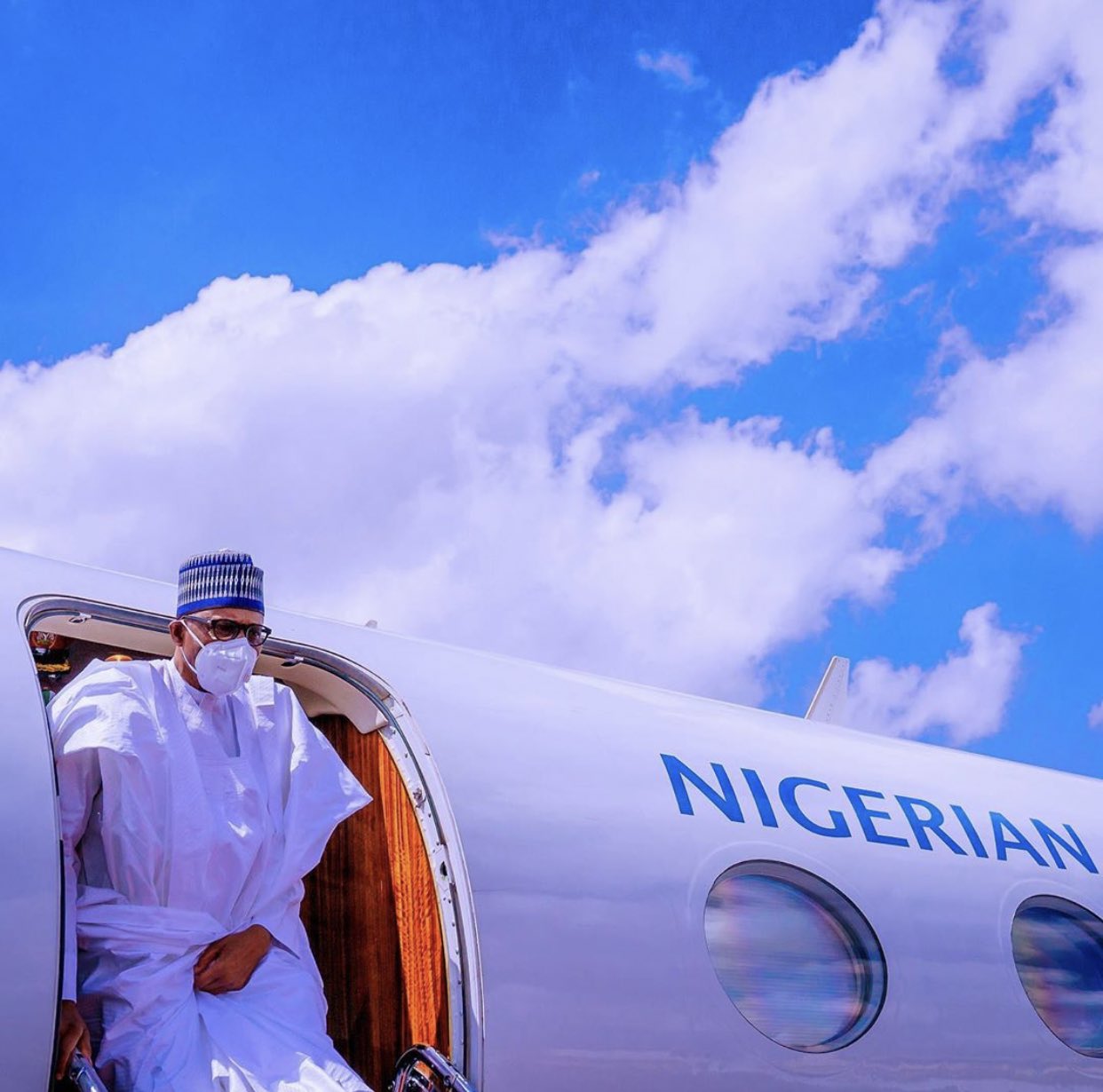 The President arrived at the Nnamdi Azikwe International Airport, Abuja, on Thursday evening.

The President had travelled to London on March 30 for a “routine medical check-up”, according to presidential spokesman, Femi Adesina.

However, Buhari’s “short rest” at the Abuja House in London has been marred with the #HarassBuhariOutOfLondon protest organised by Reno Omokri, an ex-aide to former President Goodluck Jonathan. A counter-protest or a solidarity protest was soon organised in support of the Nigerian president in what could be described as absurd drama.

Buhari has been criticised for his medical trips abroad despite the huge amount allocated to the Aso Rock clinic annually.