'A Loss I Can Never Forget' - Man Narrates How His 2 Children, Mother, Sister And Nieces Perished In Kano Fire 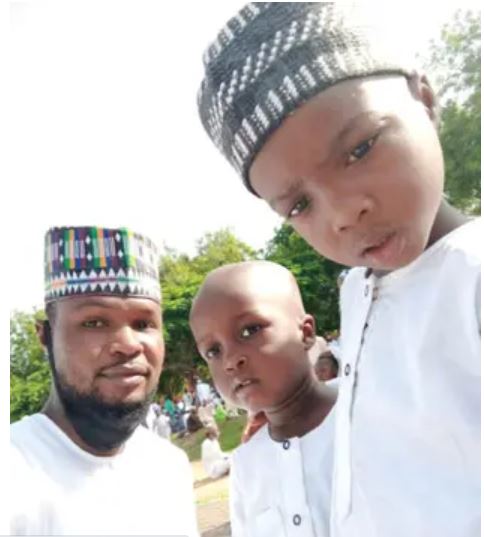 Abdulrahman Ibrahim, a Kano tailor, who is also known as Babawo) on Saturday February 27, narrated how he lost his two children, mother, sister and two other family members in a fire incident.

It was gathered that fire gutted Ibrahim's house of at Na’ibawa ‘Yanlemo in Kumbotso Local Government Area of Kano State last Monday, around 9:30pm when his family members retired to bed.

Those killed include Ibrahim’s aged mother, Hajiya Rahinatu Jibrin; his two children, five-year-old Abdurrahman and three-year-old Khaleel. Others are his sister Aisha Ibrahim and his nieces, Intisar Ya’u, Amina Ya’u and Rahinatu Ya’u.

An eyewitness said the fire was reportedly caused by mosquito coils which the family used to protect themselves from mosquito bites.

"It was the wife that saw the smoke coming out from her mother-in-law’s room and she rushed out calling for help. We immediately rushed to the house and helped to put the fire off,” an witness said.

Speaking to Daily Trust on Saturday, February 27, Ibrahim said that he was not at home when the incident happened.

“Innalillahi Wainna ilaihi Raji’un (To Allah we belong and to Him we shall return). I was in my business place when one of my younger brothers called me on phone and told me that my house was gutted by fire. I rushed back home only to see that my mother, my two sons, my sister and her three children have all been burnt by the fire," he narrated.


“I noticed that six of them had already died while my sister was still breathing, so we rushed her to Aminu Kano Teaching Hospital where she was admitted. The doctor said she will undergo several operations but she died the following morning."

Ibrahim explained that his sister, who lives in Suleja, came to Kano for their elder brother’s wedding.


"She decided to spend some days with her family in Kano. And we did not know she came to meet her end here,” he said.

Ibrahim, who confirmed that the fire was caused by a mosquito coil, said all the properties in his mother’s room and the sitting room were consumed by the fire.

Recalling the last moment with his children, Ibrahim said that his last chat with Khaleel was when he went to pick him and his brother up from Islamiyya evening classes on that fateful Monday.

"When I picked them up from school in the afternoon, he was so excited as he was telling me that “Daddy today I did my class work myself. My class teacher allowed me to write and I did well. He repeated almost the same thing in the evening when I picked them from Islamiyya. He told me that he did well in his Qur’anic recitation. He was so happy when he was speaking to me,"


"I dropped them at home and went back to my tailoring shop at ‘Yanlemo market. Only for me to come back and meet their burnt corpses. I only pray for their souls to rest in peace and for Allah to give us the fortitude to bear the loss. This is a loss that I can never forget until when my own time comes." he added.

The deceased persons have since been buried according to Islamic injunctions.