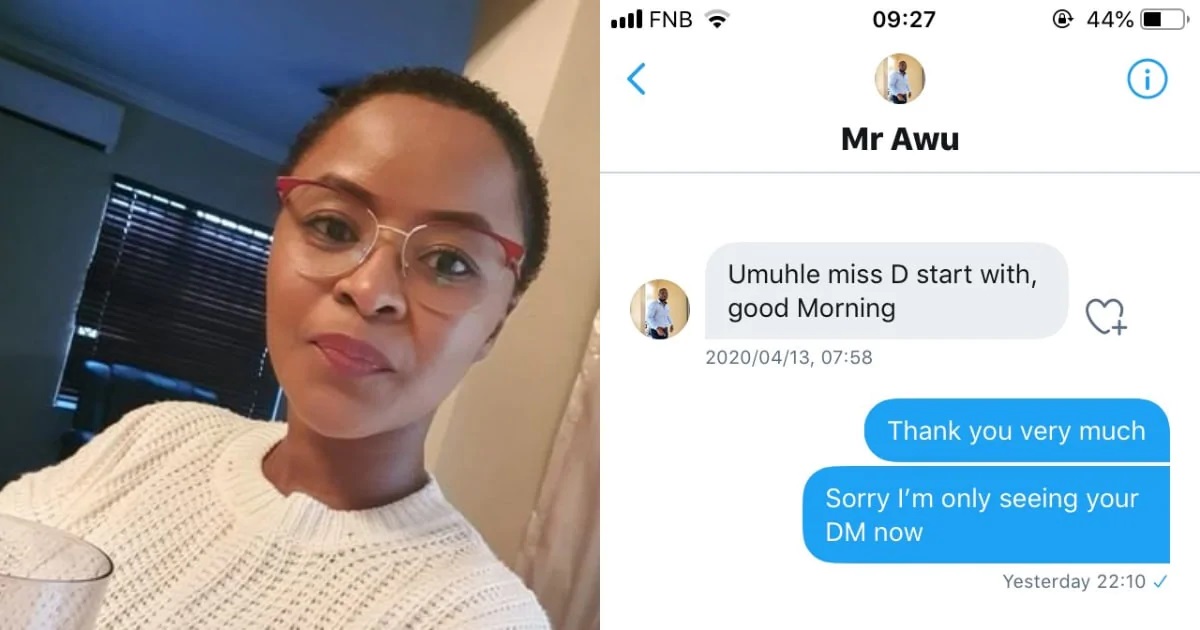 A young lady who ignored a man has taken to Twitter to lament after finding out that the man she ignored is a millionaire.

The South African woman with the Twitter handle @ZintleDiko noted that she may have missed the opportunity to get to know a millionaire following the incident.

According to her post, the guy had sent her a DM sometime back - messages she made conscious decision to ignore. Not long thereafter, the same man flaunted his bank account balance and went viral.

And this was when she recognised that he was the same man who tried to chat her up before, and this led to her trying to rectify her mistake by responding to his DM with all the haste in the world.

South Africans were soon in the comment section laughing out loud. Read a few of their comments below:

"Andithi you girls think you're better than us because you get more likes and followers."
@cebile_sibiya said:

"Lol you can make that money easily .. lol use it as a motivation... if he can do so can you.. lol I believe in you."
@londaWorldwide said: