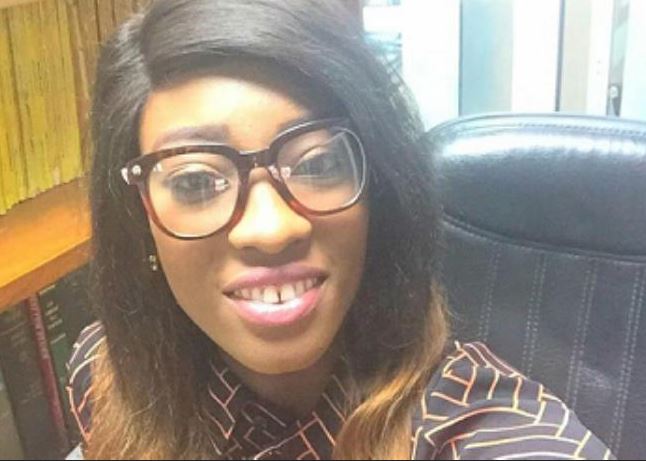 Dami Ayinde
Dami Ayinde, one of the daughters of Nigerian singer, Wasiu Ayinde Marshal, has lambasted Nigerians contributing funds to popular activist, Sunday Igboho after the attack by suspected herdsmen.

Some Nigerians set up a go-fund-me for Igboho after he issued a quit notice to herdsmen in South West.

Reacting via her Snapchat, Dami said anyone who donates money to Igboho will not know peace.

According to Dami, she knows what the Ife/Modakeke ethnic crisis which Igboho participated in, cost Nigerians and will not be in support of anyone beating the drums of war. 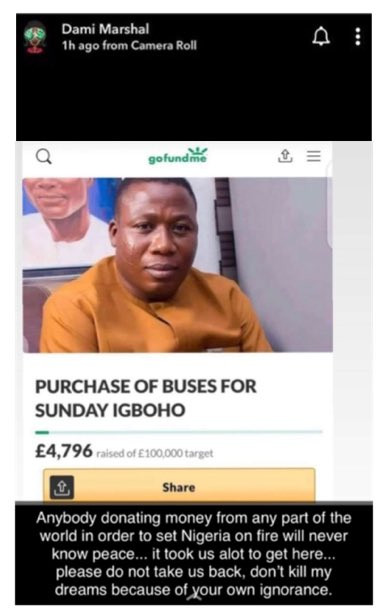 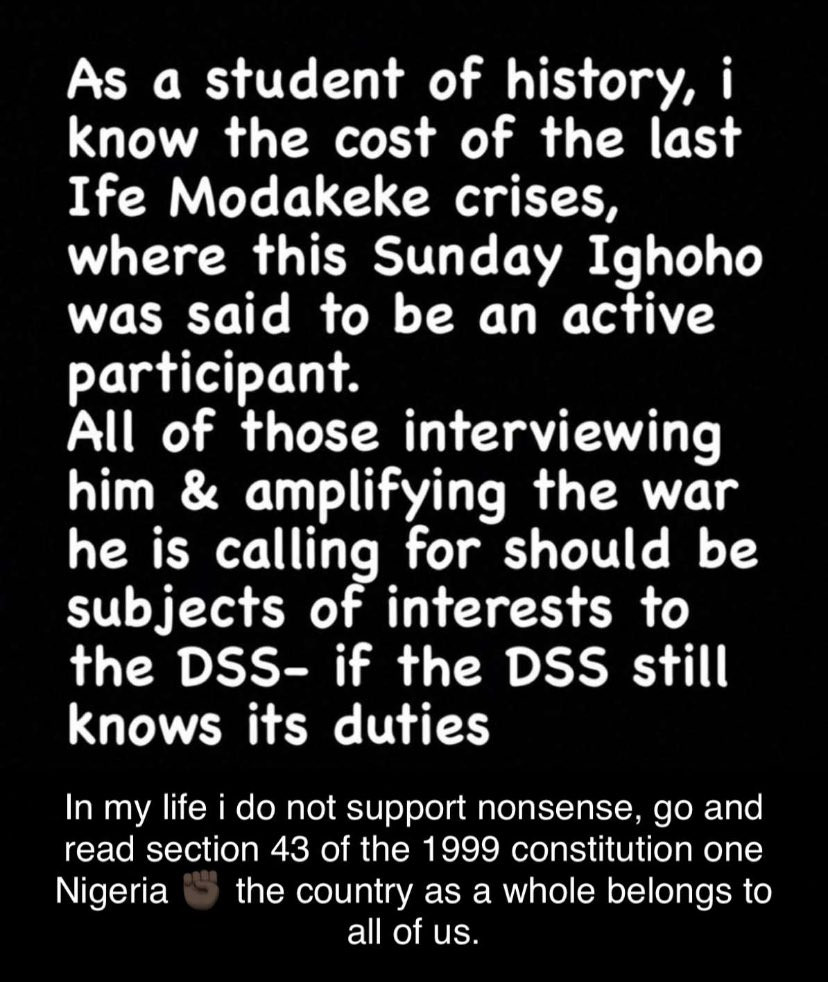 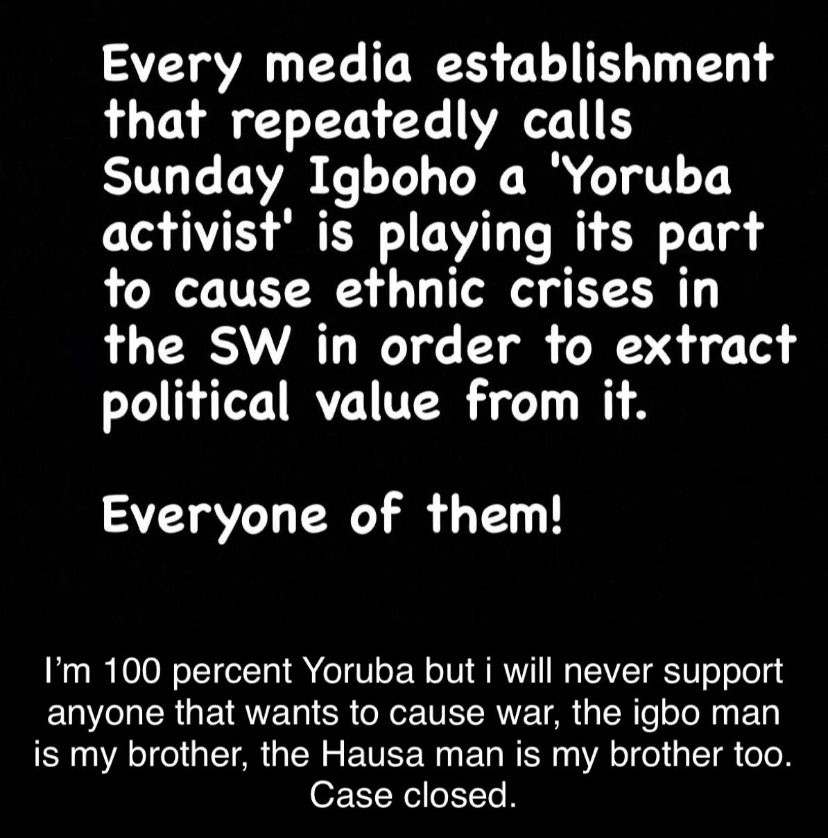