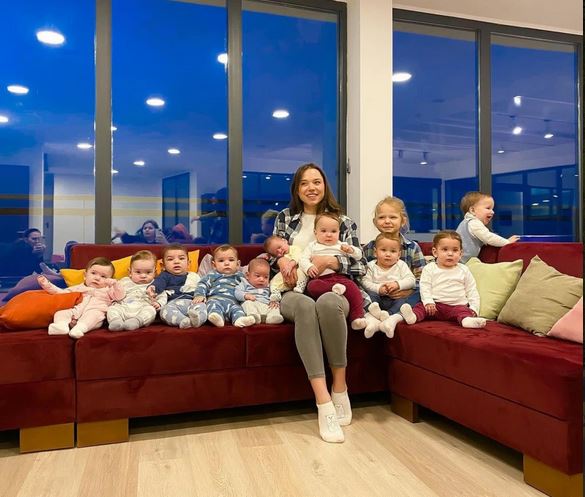 The story has been told of Christina Ozturk, a 23-year-old woman who has already birthed 11 children.

Having enough kids to start a football team is normally the punchline of a joke – but this millionaire young mum-of-11 is so addicted to children she wants at least 100.

Russian mum Christina Ozturk, 23, is already raising 11 of her own biological children and hopes to have dozens more using surrogate mothers.

Despite being knee-deep in nappies already, the young mum loves family life with businessman husband Galip Ozturk, 56, so much that the couple are willing to spend up to £800,000 on having 100 babies by surrogate.

“At the moment, I have 10 children with the latest addition, Olivia, who arrived at the end of last month,” Christina told Newsflash media.

“I gave birth to my eldest daughter Vika myself six years ago. The rest of the children are genetically ours from my husband and I, but were carried by surrogates.”

The millionaire couple revealed on their social media account they have discussed having a massive 105 children but admit this was just a random number.

“I don't know how many they will eventually be, but we certainly don't plan to stop at 10,” said the baby-mad mum.

“We just not ready to talk about the final number. Everything has its time.” 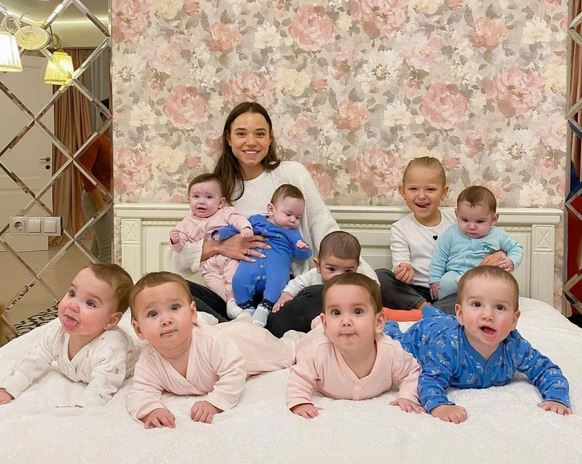 If the mum wants to hit her goal brood by the time she's 30 she will have to have 12 kids each year for the next seven years.

The family live in the coastal town of Batumi in Georgia where it is legal to use surrogate mothers in pregnancy, each of which cost around 8,000 euros.

Moscow-born Christina was a single mum-of-one when she took a holiday in the seaside town and met now-husband Galip, a property and transport magnate originally from Turkey.

And after 10 babies born by surrogate so far, the couple have got the process down to a fine art.

Counselling and legal paperwork are essential for the surrogates, who carry the babies that are genetically the biological children of Christina and Galip.

“The clinic in Batumi chooses surrogate mothers for us and takes full responsibility for the process,” explained Christina.

“We are not personally acquainted with surrogate mothers and do not have direct contacts with them in order to avoid problems after pregnancy.”

But Christina likes to have control over what they eat – coming up with diet and nutrition plans for the pregnant surrogates.

With money no object, the couple can live out their dream of creating the world’s largest family – although even having five babies through surrogate each year would take almost 20 years to reach their goal.

With ambitious plans for more babies on the way, the Ozturks might also need to start building an extension or two.