Wow! Nigerian Man Marries Twin Sisters Same Day Because 'They Can't Live Without Each Other' (Video/Photos) 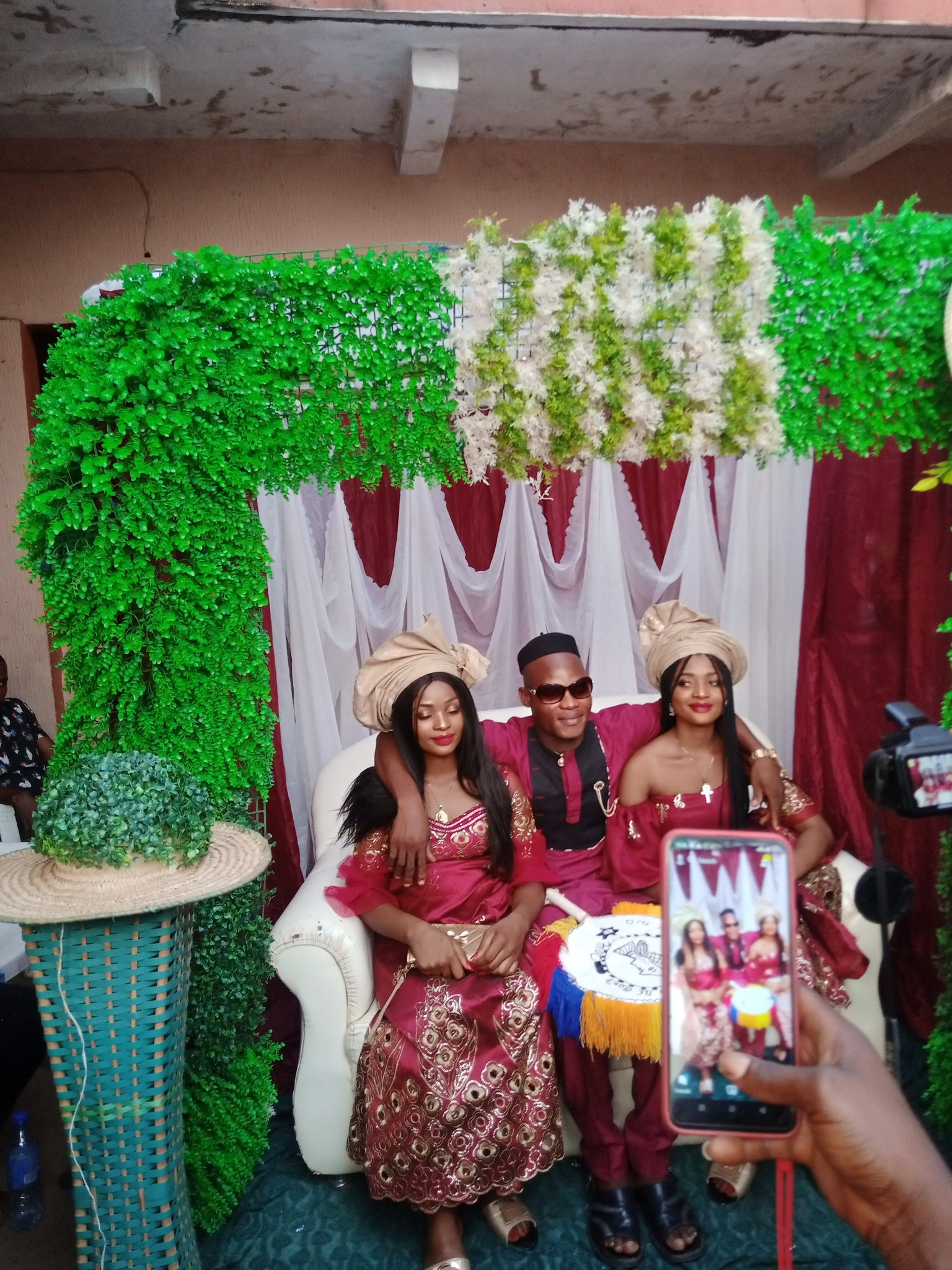 A Nigerian man has gotten married to two women who happen to be twin sisters at the same time.

Photos and a video which have gone viral on social media, have captured moment the man traditionally married twin sisters.

It was gathered that the twins married same man because 'they can’t live without each other' and it also looked like one is already pregnant.

Twitter user, @ph_obidon who shared the photos wrote; They are twins, he got married to them because one cannot live without the other. Yeh or nah ? 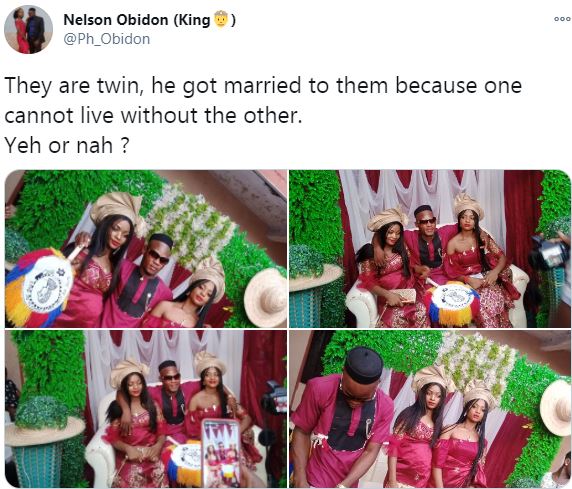 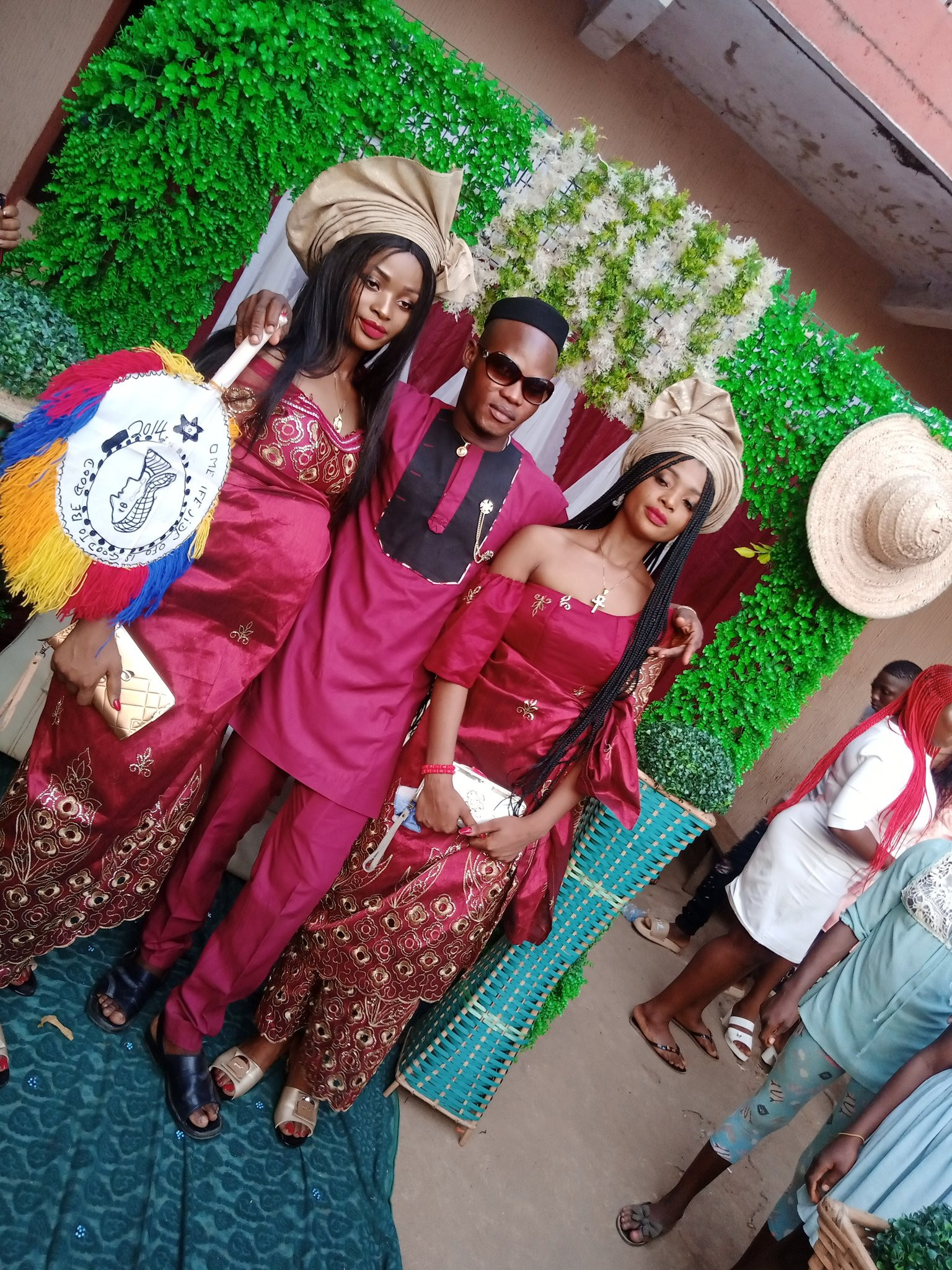 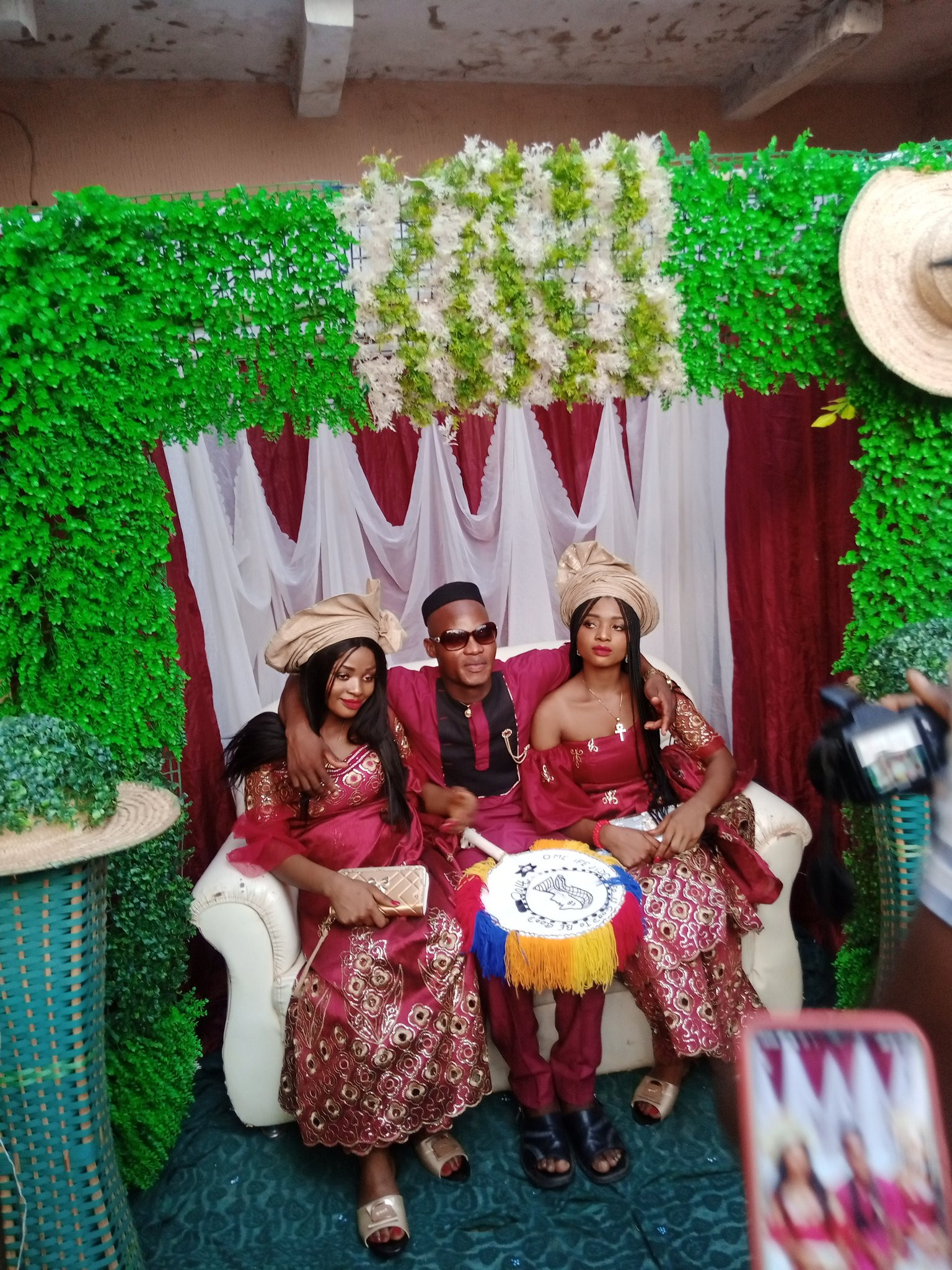 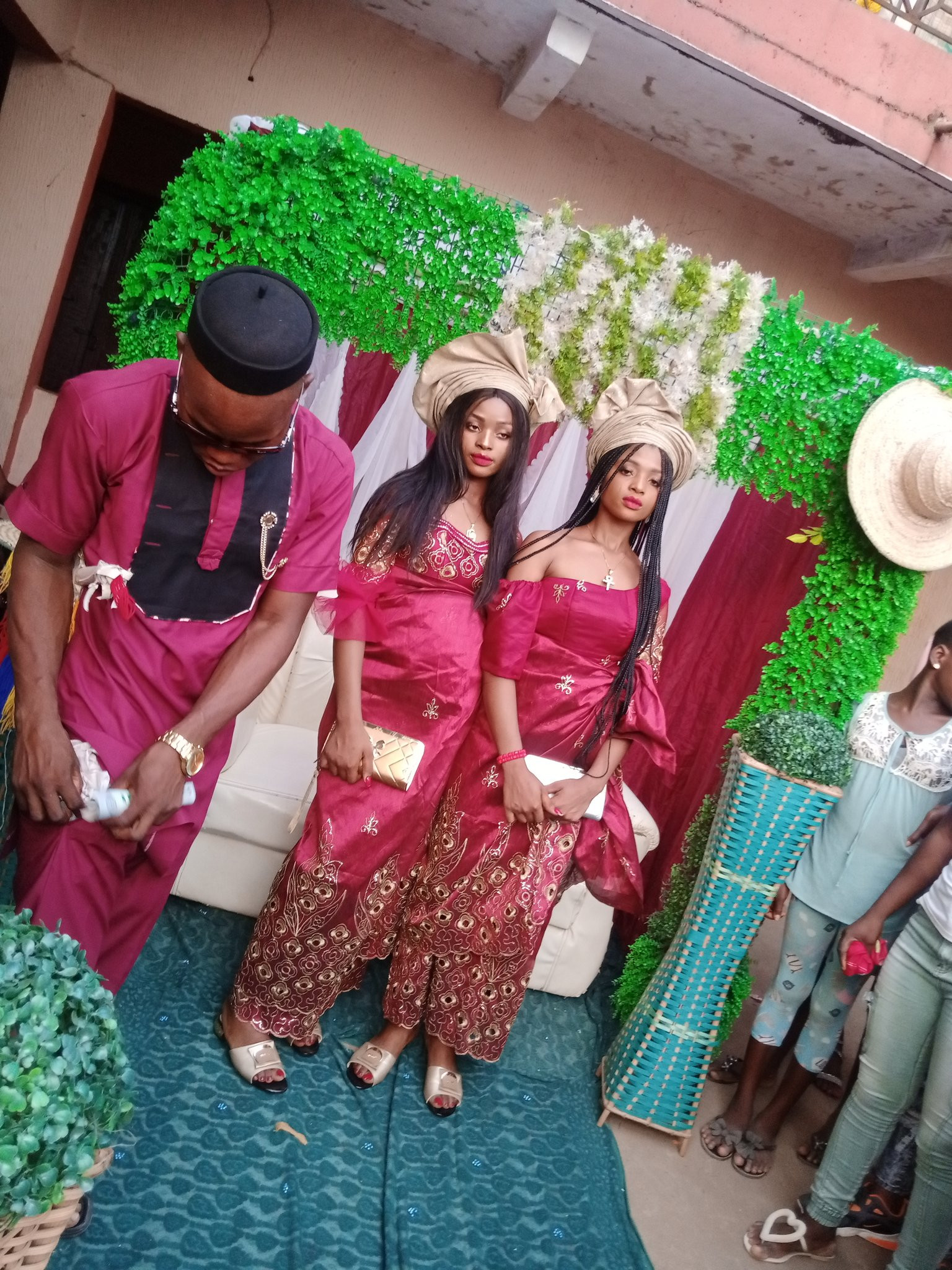