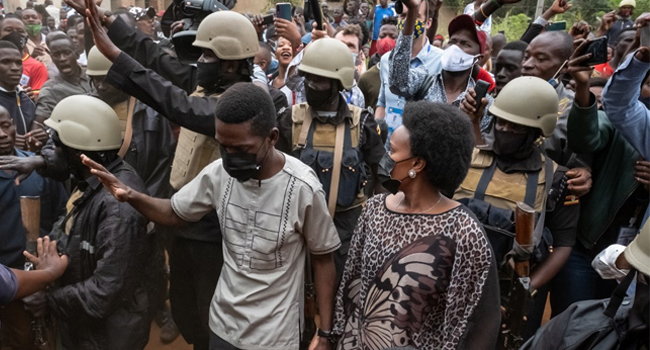 Ugandan opposition presidential candidate Robert Kyagulanyi, also known as Bobi Wine, says his home is “under siege” from the military.

He made this announcement in a Tweet via his official handle on Friday.

“The military has jumped over the fence and has now taken control of our home,” he said in a tweet on Friday.

He added in another that “None of these military intruders is talking to us. We are in serious trouble. We are under siege.”

Wine had earlier on Friday claimed victory in the presidential elections, rejecting as a “complete sham” early results that gave President Yoweri Museveni a wide lead.

The 38-year-old former singer said his party’s polling agents were beaten and chased away in parts of northern and western Uganda, that ballot boxes were opened and stuffed, and that some voters were only given ballots for the parliamentary election.

76-year-old Ugandan President Yoweri Museveni is seeking a sixth term after almost four decades in power, and the youthful Wine has emerged as his main rival in a country where most have known only one president