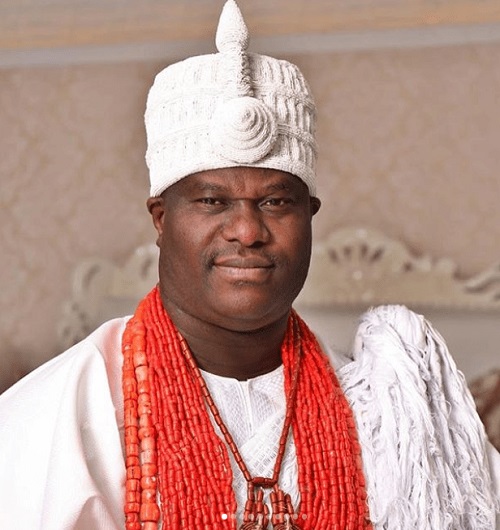 After meeting with President Muhammadu Buhari, the Ooni of Ife, Oba Adeyeye Ogunwusi has sent an important message to Yoruba activist, Sunday Igboho.

Recall that Igboho's house was burnt down. He claimed that the destruction cost about N50 million.

Speakng after meeting with President Buhari, the Oon of Ife urged Igboho, not to take laws into his hands.

The monarch said though Igboho has done well to speak for the downtrodden, it was time he allowed the constituted authorities including the Oyo State Governor, Seyi Makinde, to take charge and handle the security challenges in the state.

“Let us be very objective. He (Igboho) is being a mouthpiece for the downtrodden. He came up and everybody is listening now but my advice to him as a traditional ruler is that he needs to be very careful so that the politicians won’t hijack the whole motive from him.


“He has done well and we’ve already praised him but he shouldn’t take laws into his hands. We have the governor there, he is the chief security officer of the state and Mr President has invited him (Makinde). Let the right people that are being authorised to do what is right do it.


“He (Igboho) has done well and the world has heard him but everything should be done in moderation,” Oba Ogunwusi said on an Arise TV programme monitored by The PUNCH on Wednesday.

The PUNCH had earlier reported that Igboho, who is the Akoni Oodua of Yoruba land, had asked herdsmen accused of perpetrating crimes ranging from kidnappings, killings, rape to invasion of farmlands with their cattle to leave the Ibarapa Local Government Area of Oyo State within seven days.

At the expiration of the ultimatum last week, he and his followers had stormed the Fulani settlement in Igangan to eject Seriki Fulani, Salihu Abdukadir, and the herders.

But the first-class Yoruba monarch advised the activist to allow the constitutionally empowered authorities take over the fight against banditry.

“We know that the bandits are everywhere. He shouldn’t take laws into his hands. We have laws in this country and we should follow it. Let the right people chosen do and follow what they are supposed to do,” he said.

Oba Ogunwusi, who recently met with the President, Major General Muhammadu Buhari (retd.), in Aso Villa, Abuja, on the insecurity rocking the South-West zone, said the current situation must not be sensationalised all in the name of politics.