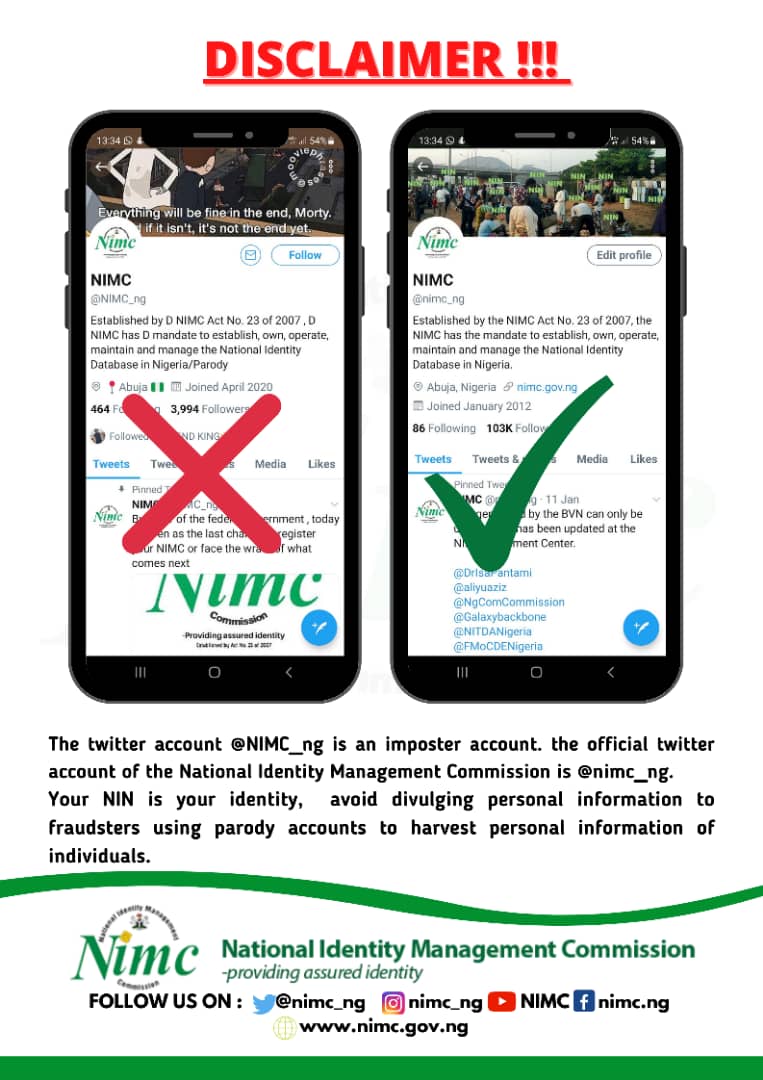 The account was fraudulently posing as that of the commission.

The commission also warned the public against giving their personal information to “fraudsters using parody accounts.”

The disclaimer came against the backdrop of increasing engagements with the parody account over the National Identity Numbers (NIN) linkage with SIM cards.

Meanwhile, the Minister of Communications and Digital Economy, Isa Pantami said on Tuesday that a total of 47.8 million NINs had been collected ahead of February 2021 deadline.