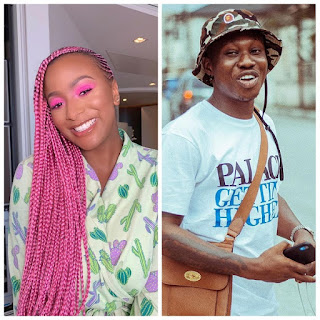 The aforementioned assumption was made because the Disc Jockey recently took to her page on micro-blogging website, Twitter, to call out Zlatan Ibile for blocking her on Whatsapp and Instagram.

DJ Cuppy questioned why he blocked her as she said they were actually friends and the song -GELATO- which their collaborative effort brought to life, was actually a HIT.


"10 months later and I sometimes still wonder why @Zlatan_Ibile blocked me on WhatsApp and Instagram without ever saying why; we were actually friends…AND “Gelato” was a hit"