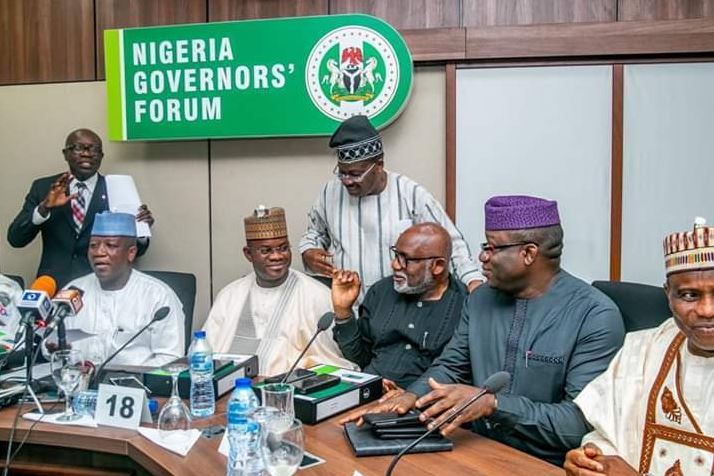 The Chairman of NGF and Governor of Ekiti State, Dr. Kayode Fayemi, who spoke to newsmen after a meeting with the national leadership of the Miyetti Allah Cattle Breeders Association of Nigeria (MACBAN) today January 25, said the speech of Ondo state Governor, Oluwarotimi Akeredolu, was misconstrued.

Some of the governors in attendance include Ondo, Osun, Ekiti, Oyo, and Jigawa, and Kebbi states.

Recall that on Monday, 18, Governor Akeredolu ordered all unregistered herdsmen to vacate the state's forest reserves. This generated a lot of controversies as many people interpreted it as the governor asking the Fulanis to vacate the state.

Speaking to newsmen after the meeting with Miyetti Allah members, Governor Fayemi said Akeredolu didn’t talk about herdsmen vacating the state but about the registration of herdsmen who want to operate within the reserves.

''Many members of MACBAN were born in the South-West. So, Akeredolu cannot ask Fulani to vacate Ondo State. The area concerned is the forest reserves and it is about registration and also to work in line with the law.

What we are after is the criminals, not Fulani herdsmen, criminals are criminals irrespective of their ethnic group.”he said