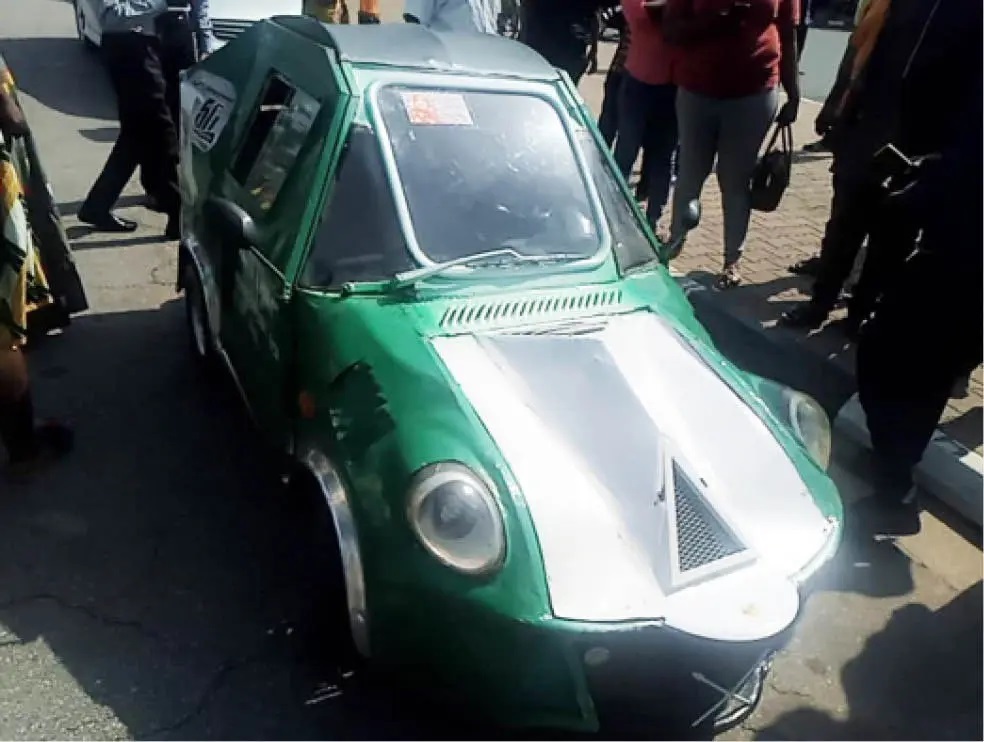 The made in Nigeria car by a young inventor

A 30-year-old Nigerian man has built a car.

Auwal Hassan's car was unveiled by the Minister of Science and Technology, Dr. Ogbonnaya Onu.

Speaking in his office in Abuja on Monday, the minister called on youths to be innovative in producing goods and services that are usually imported, saying that would improve the Gross Domestic Product (GDP), create employment and reduce imports.

Dr. Onu reiterated the commitment of the ministry in partnering and supporting young innovators.

In his remarks, Mr Hassan solicited for the cooperation of the ministry in developing more automobiles and other engineering feats such as the production of helicopters. 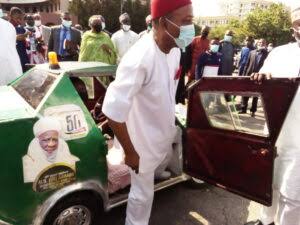 He said the vehicle has a speed capacity of 50 kilometres per hour, a five gear transmission and six horsepower engine speed.

Director General of the National Agency for Science and Engineering Infrastructure (NASENI), Prof. Mohammed Haruna, said the locally produced car was assessed by his agency, adding that they will work closely with the innovator in improving the standard and quality of the car.