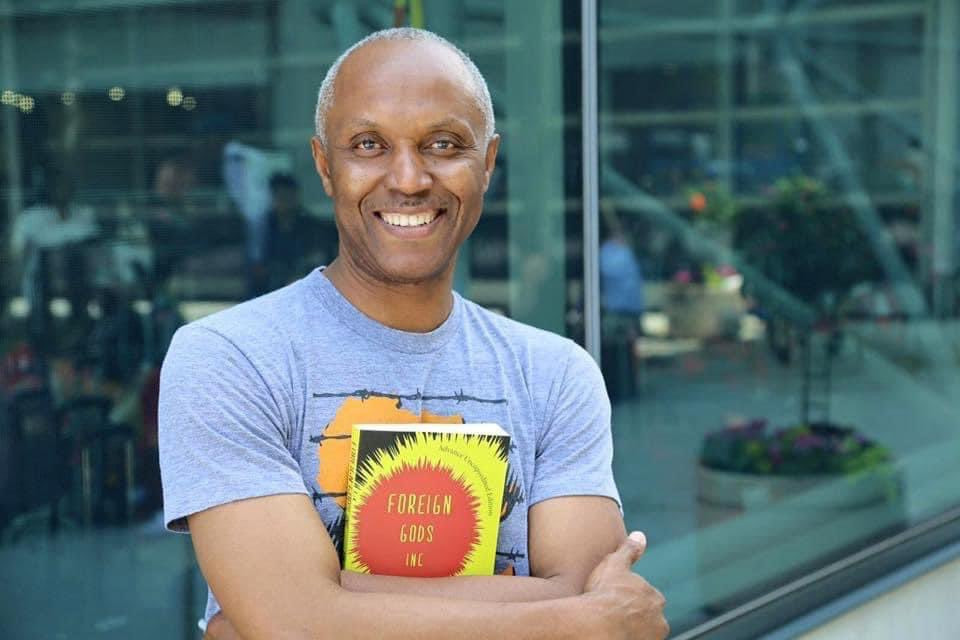 Ndibe
Operatives of the Department of State Services have reportedly taken a US-based Nigerian professor and Political columnist, Okey Ndibe into custody.

According to reports, Ndibe was allegedly detained by the DSS before being allowed to board his flight yesterday January 20.

The Nigerian-born former Chief of Staff to the Board of Montgomery County Public Schools in Rockville, Maryland, (MCPS) USA, Ikhide Roland Ikheloa made the disclosure via a tweet he shared.

I understand that Professor Okey Ndibe has been prevented from boarding his flight to his family in the US, by Nigeria’s secret police. In a democracy. How is Okey even a threat to Nigeria’s security?

Serving an update on this, he wrote;

Update: “After detaining me for a bit, they handed back my passport and said, No vex(!). I’ve now boarded my flight. Thanks, Brother Ikhide.” 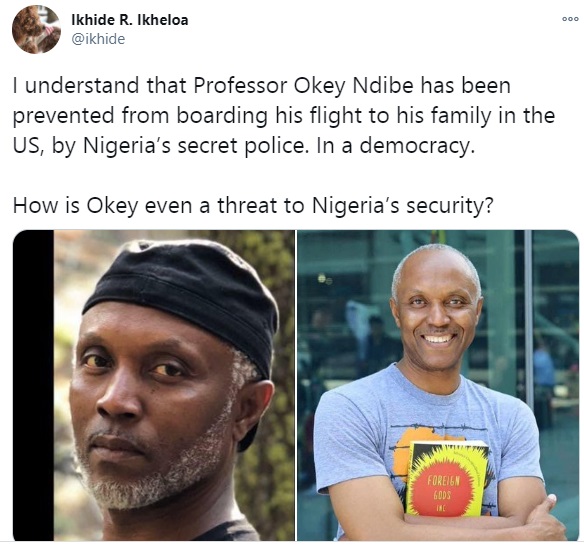 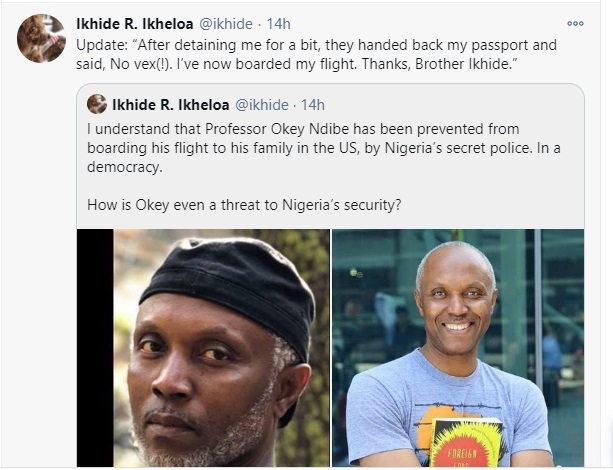