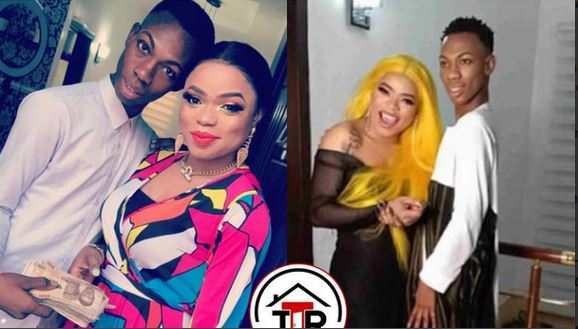 James Brown and Bobrisky
It is clear that the highly publicized feud between two popular Nigerian cross-dressers, James Brown and Idris Okuneye popularly called “Bobrisky” is not about to end just yet.

James Brown, on Friday, called out Bobrisky. He alleged that Bobrisky threatened him, stating that Bobrisky reached out to him recently and he had assumed that the crossdresser simply wanted to check on him.

In a viral video, Brown alleged that Bobrisky told him to take down his content as he was copying his works.

Sharing the video, he wrote: “For once in my life, I have never dragged a position with anybody I have always been Jamesbrown they didn’t caught me that everyone knows since day one, So if you have any problem with the content I am putting out for the brands I am working for I don’t give a hoot.

“That’s some period. You already blocked me everywhere for months now on every platform, so why the treat I am just a realistic person and having on my platform…”

He further stated that he respects Bobrisky but will not tolerate anyone threatening to kill him or harm him in any form.

Last year, recall that James Brown took to his page to assure Bobrisky, his colleague, that no one is attempting to dethrone him as the leading figure in the country’s cross-dressing community.