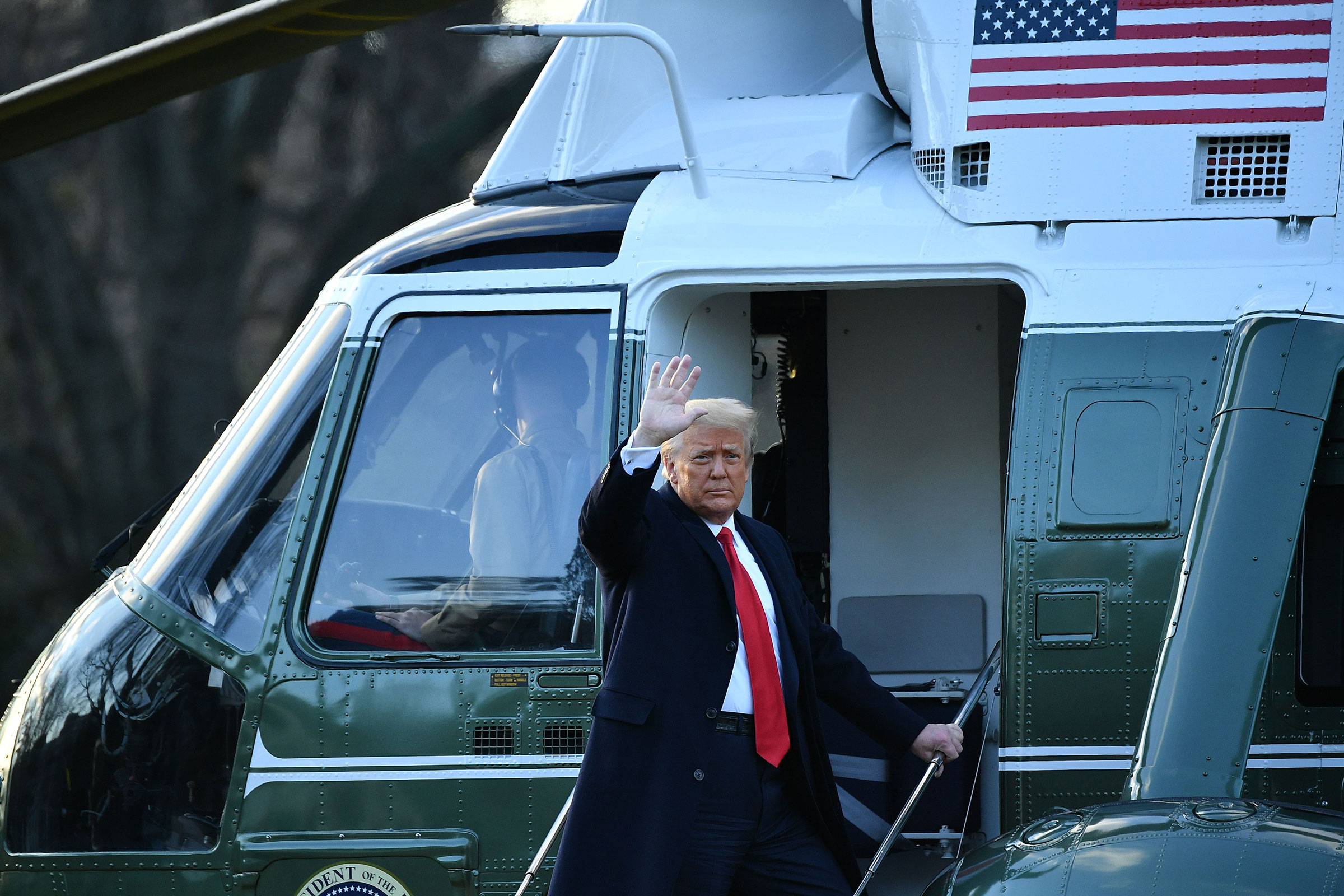 Trump took off from the lawn of the White House in the company of his wife Melania.

The helicopter which conveyed the President took him around the premises of the White House to give him a final view before arriving at Joint Base Andrews.

The event took place ahead of the inauguration of incoming President Joe Biden and incoming Vice President Kamala Harris.

Biden who defeated Trump at the US presidential election of November 3, 2020, will be sworn-in today at 17:00 GMT.

The event will not be attended by Trump who continues to maintain his claim that the election was stolen from him.

The inauguration will, however, be graced by the outgoing Vice President Mike Pence, Senate Majority leader Mitch McConnell and other GOP leaders.