Ogun: Olofin Returns To Ado-Odo Seven Years After He Was Beaten And Stripped N*ked 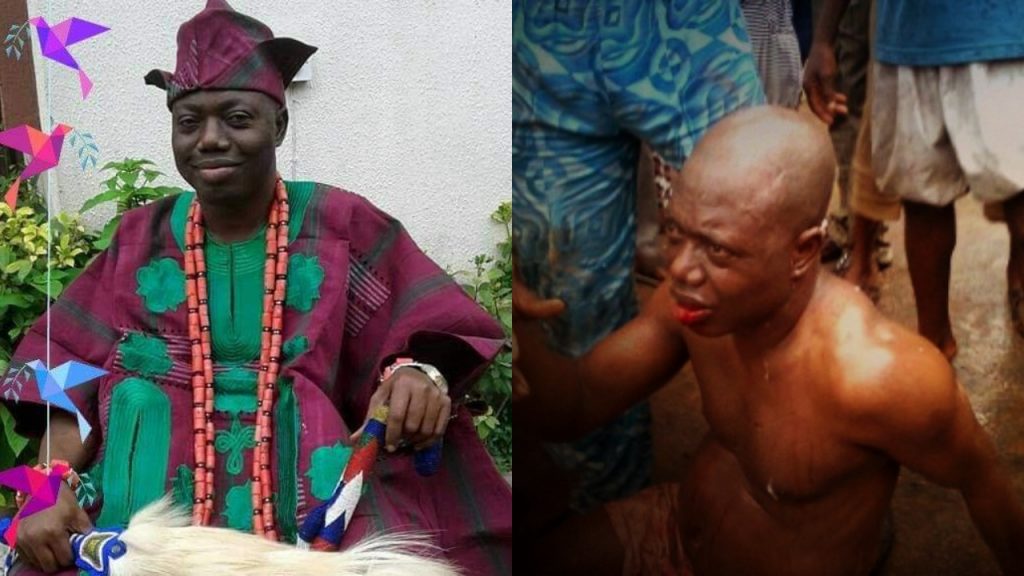 According to Daily Post, the Olofin of Ado-Odo, Oba Lateef Adeniran, has returned to his kingdom.

The monarch finally returned to his kingdom after seven years in exile, DAILY POST reports.

There was jubilation among residents of the ancient town as the traditional ruler rode into Ado-Odo in a convoy led by security agents.

The monarch was also accompanied back home by some of his fellow monarchs.

DAILY POST recalls that Oba Adeniran was in April 2013 attacked by some angry youths in his domain.

The royal father was in his SUV when he was flagged down by the youths.

He was beaten and stripped naked by the people, who were said to have earlier invaded his palace to vandalise cars and torch his house.

It was gathered that the youths at the time were protesting a Supreme Court judgment of January 12, 2009, which validated Adeniran’s appointment as the Oba of Ado-Odo, Ado-Odo/Ota Local Government area of Ogun State.

Since then, the first-class Oba had been living in Abeokuta, the Ogun State capital, even as he attends to issues that have to do with the stool.

But, on Sunday, the Olofin returned to Ado-Odo amidst pomp and pageantry as his subjects trooped out to receive him.