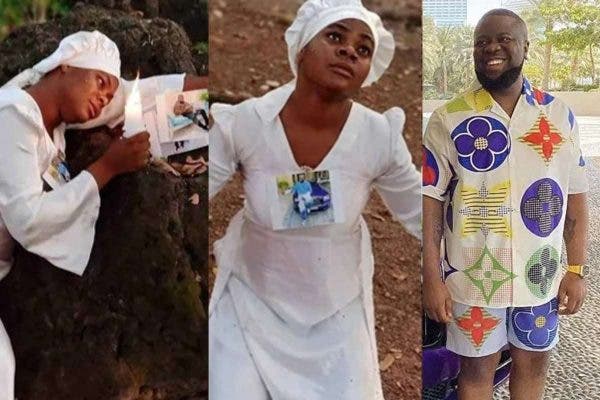 Woman prays to God on top mountain for Hushpuppi's release
A Nigerian lady has asked God to intervene and release alleged fraudster Hushpuppi being held in prison in US.

The woman stormed a mountain praying for God to answer her prayer and force US to release Hushpuppi.

The staunch fan and lover of the Instagram big boy, rocked a white garment outfit and stormed a mountain to pray for his release.

She was spotted with his pictures and a candle to solicit which were laid on the mountain as she engaged in serious prayer for the detained ”Yahoo boy”.

The Instagram celebrity accused of being the leader of a group that facilitates computer intrusion, business email compromise (BEC) fraud and money laundering pleaded not guilty to the four-count of conspiracy to commit wire fraud, money laundering conspiracies, international money laundering and engaging in monetary transactions in property derived from specified unlawful activity. 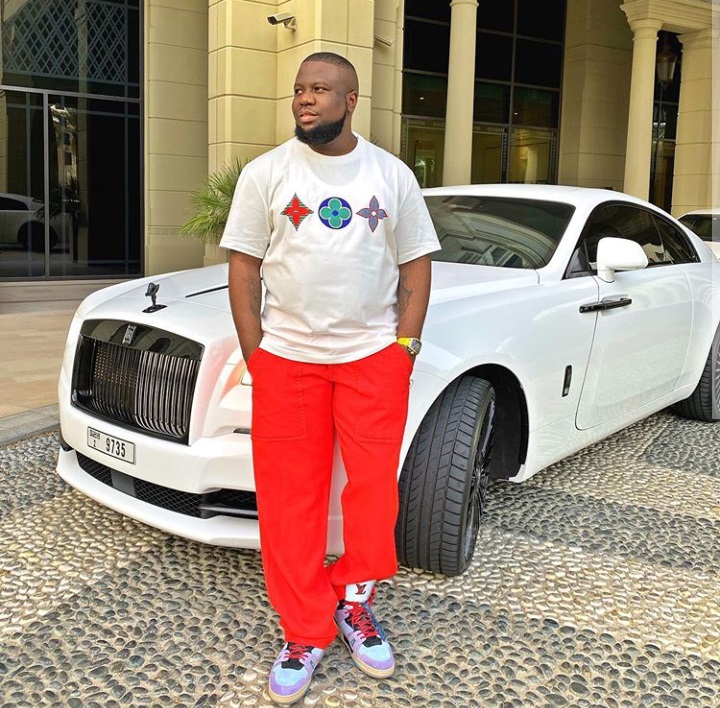 Premium Times reported that the prosecutors kickstarted the process of arraignment by filling necessary documents and forms after his first appearance on August 17.

Hushpuppi reportedly entered a plea, insisting that he is not guilty of the charges. The Instagram celebrity will be represented in court by Vicki Podberesky, a top-rated lawyer in California and Gal Pissetzky, a Chicago-based lawyer appearing pro hac vice because he is not licensed to practise outside Chicago.

Gal Pissetzky who is only licensed to practice in Chicago will now be supported by Vicki Podberesky of Andrues/Podberesky law firm based in Los Angeles. 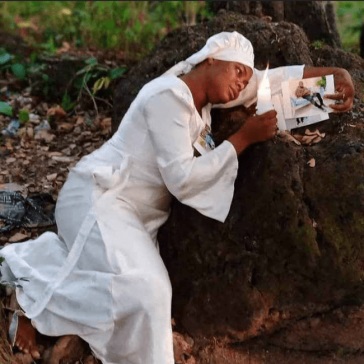