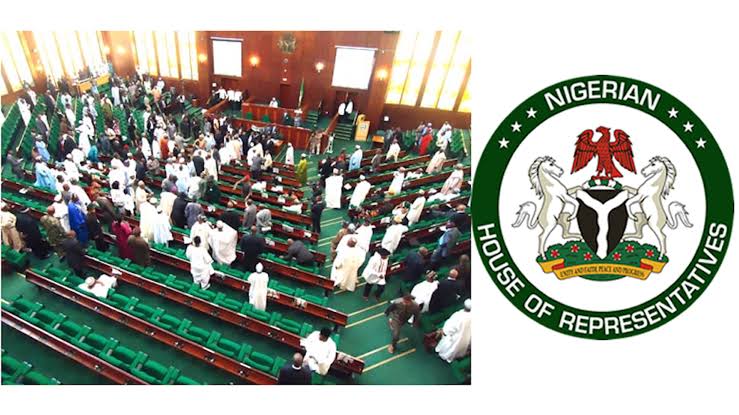 Chairman of the House Committee on Media and Public Affairs, Benjamin Kalu, issued the denial in a statement on Monday, titled ‘Clarification on Apology to the Presidency.’


The statement was in reaction to a report in the media that the House had withdrawn its invitation to the President and that those who sponsored the motion calling for Buhari’s invitation had apologised to him.

Kalu, however, faulted the claims in the report.

The statement read, “It has come to the knowledge of the House that few sections of the media reported that the House apologized to the Presidency over the resolution of the House which arose from the motion sponsored by members from Borno State, requesting for the invitation of the President to brief the nation on the state of insecurity in the country.

“The President or the Presidency, as the case may be, never sought for an apology from the House of Representatives for carrying out her constitutional responsibility to the Nigerian electorate. Where then did the media get the report that the House as an institution apologise to anyone? Media professionals are advised to uphold the ethics of their profession.


“For the avoidance of doubt, the House never apologised to anyone for exercising her constitutional mandate and the 9th Assembly of the House of Representatives under the leadership of Speaker Femi Gbajabiamila will not do anything to desecrate or destroy the critical institution of democracy – the Legislature. We strongly believe that President Muhammadu Buhari subscribes to this democratic ethos and ideals as well.”

The House had earlier in December invited Buhari after debating the recent slaughtering of 43 rice farmers in Borno State by Boko Haram insurgents, based on a motion jointly sponsored by members from Borno.

The Speaker, Femi Gbajabiamila, had met with the President and told journalists that Buhari had agreed to appear before a joint session of the National Assembly.

The Minister of Justice and Attorney-General of the Federation, Abubakar Malami (SAN), later said the National Assembly lacked the powers to summon the President to speak on security matters, a claim that has generated wide criticisms.

On December 10, the day Buhari was expected to appear before the lawmaker, a member of the House, Solomon Bob, raised a point of order to protest against the alleged shunning of the invitation.

Gbajabiamila had said, “Your point of privilege is noted. The channels of communication are procedural and we will await official communication from Mr President as opposed to newspaper reports.”

Kalu had on the same day addressed journalists, saying the President had yet to communicate with the House. He noted that Malami does not speak for Buhari.

He also stated that Buhari was invited and not summoned, stressing that he was to engage the lawmakers in a dialogue and was not compelled to appear before them.

Kalu had also said the House would hold Buhari to his words to Gbajabiamila, that he would honour the invitation.


Just last week, the House spokesman, while responding to a question on the invitation, said, “…but I think the House has sent time in the last two weeks dealing with the visit of Mr President and I want to leave it there. I don’t want us to discuss that further.”