'I Never Cheated On 9ice' - Ex-Wife, Toni Payne, Hits Back At Critics 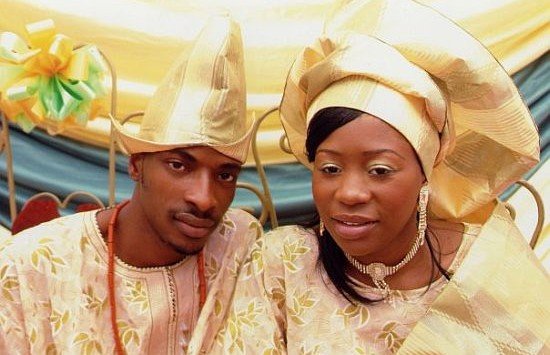 9ice and Toni Payne
The ex-wife of Nigerian singer, 9ice, Toni Payne, has hit back at critics.

Payne took to social media to attack those accusing her of cheating on the singer before their marriage eventually collapsed.

9ice and Payne tied the knot in 2008 but broke up in 2011 after having a child amid the crisis that rocked the union at the time.

Payne, however, became the subject of controversy on social media platforms on Saturday after a viral video wherein the ‘Gongo Aso’ crooner was seen begging Olasunkami, his current wife, for forgiveness amid another cheating scandal.

Some users had called out 9ice, wondering why he would cheat on his wife, despite his experience with Payne, whom they alleged indulged in extramarital affairs.

Others, without any evidence, had also claimed that Payne had an affair with Michael Stephens, an ace rapper better known as Ruggedman, as of the time she was with 9ice, whose real name is Abolore Akande.

But reacting to the allegations, Payne said it was unfortunate that people continue to link her with 9ice about 10 years after they parted ways.

The mother of one maintained that she never cheated on the singer as alleged in some quarters, warning people to stop making baseless accusations against her.

“One of the most annoying things I have to deal with is some random idiot coming on my page to accuse me of cheating on my ex, something that never happened. I don’t know how many times I have to say that song was not about me,” she wrote.

“I’ve moved on and they should too. Stop coming on my page about imaginary nonsense from 10 years ago. Let me enjoy my peaceful and wonderful life without morbid reminders.

“Anyone who spreads lies about me or comes to harras me about something I did not do will never know peace and favour. I say this from the deepest place of my heart. Free me, abeg.”

In 2019, Payne had claimed she raised Zion, her only child with 9ice, alone without support from the singer.