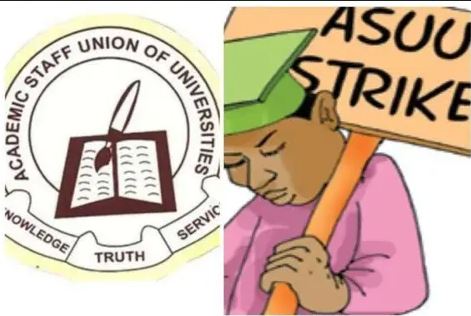 According to a report by Vanguard, the steps to reopen the schools may meet a brick wall, as staff unions in schools, especially those owned by the FG, have sounded warning strike, while those already on strike, may not back out yet.

Commenting on the development, the National President of the Academic Staff Union of Universities, ASUU, Prof. Biodun Ogunyemi, told Vanguard that the union’s ongoing strike would continue.

“We started out industrial action before the outbreak of Coronavirus disease in the country. All the issues we raised are yet to be addressed. The government is free to open their schools, just like our members are also entitled to their dues.

“As we speak, our members are being owed between three to six months of salaries. The government’s so-called fund saving platform, the Integrated Personnel and Payroll Information System, IPPIS, is a colossal failure. Apart from that, the government is yet to take any step to revitalise education sector among others,” he said.

Ogunyemi said though ASUU had been invited to a meeting by the government, it would wait and see what happens, adding that ASUU was always available for negotiation.

He added that if the government did not reach an agreement with the union before the reopening date, ASUU members would not resume work.

Similarly, the Senior Staff Association of Nigerian Universities, SSANU, and the Non-Academic Staff Union, NASU, acting under the aegis of the Joint Action Committee, JAC, on Friday also said they would start a two-week warning strike from October 5.

Addressing newsmen in Lagos, the Branch Chairmen of UNILAG Chapters of SSANU and NASU, Olusola Sowunmi and Kehinde Ajibade, said the government had reneged on its promises to them.

The unions accused the FG of deceiving their leaders into accepting IPPIS. Listing their demands, the unions said there were a lot of inconsistencies in the payment of salaries to members, and the non-payment of Earned Allowances to members.

Others are the delay in the renegotiation of FGN/NASU and SSANU Agreements, as well as the non-payment of retirement benefits to retired members.

They also accused the teaching staff of usurping the headship of non-teaching units.