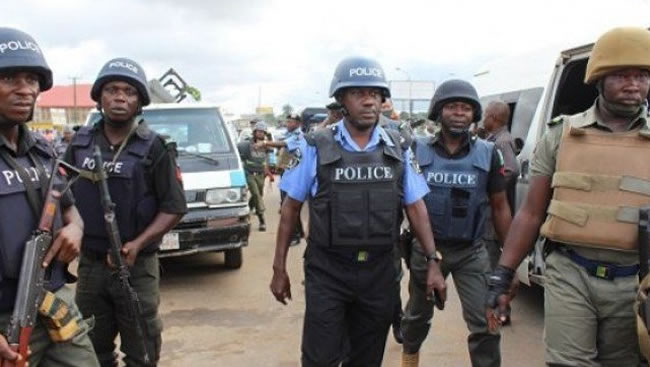 It has been reported that some traders at the UTC market, Area 10, Garki, Abuja and residents of the area have been living in tension recently.

According to The PUNCH, they are currently cowering in fear as security operatives battled hoodlums attempting to loot a warehouse in the vicinity.

Policemen and other security personnel are firing gunshots and tear gas to deter hoodlums who stormed a warehouse with COVID-19 palliatives early this morning.

The warehouse is located in the precinct of the Cyprian Ekwensi building and the UTC market.

A graphics designer, Segun Stickers, said the UTC market and the big shopping plaza in the area had been shut down.

“We are presently locked inside the UTC market. The police are firing gunshots and tear gas to stave off the attack by the hoodlums who were trying to loot the COVID-19 palliatives kept in a warehouse here.

“Many people were injured while trying to escape attack by the hoodlums and the whole area is in turmoil, ” he said on the phone.

The PUNCH correspondent could hear gunshots just as a voice was heard ordering the traders to shut down their shops and go home.

The Federal Capital Territory police spokesperson, ASP Mariam Yusuf, confirmed that the police were deployed at the UTC market and other public infrastructure to prevent suspected hoodlums from looting.

It was learnt that a similar situation is presently happening in Bukuru, Jos South, Plateau State, where residents are carting away COVID-19 palliatives.

An eyewitness explained that hundreds of Bukuru residents are currently at the warehouse located at Old NITEL beside Total filling station taking away foodstuffs, including bags of rice and millet stored by the state government.

A similar incident had occurred in Lagos, Osun, Cross River and other states.