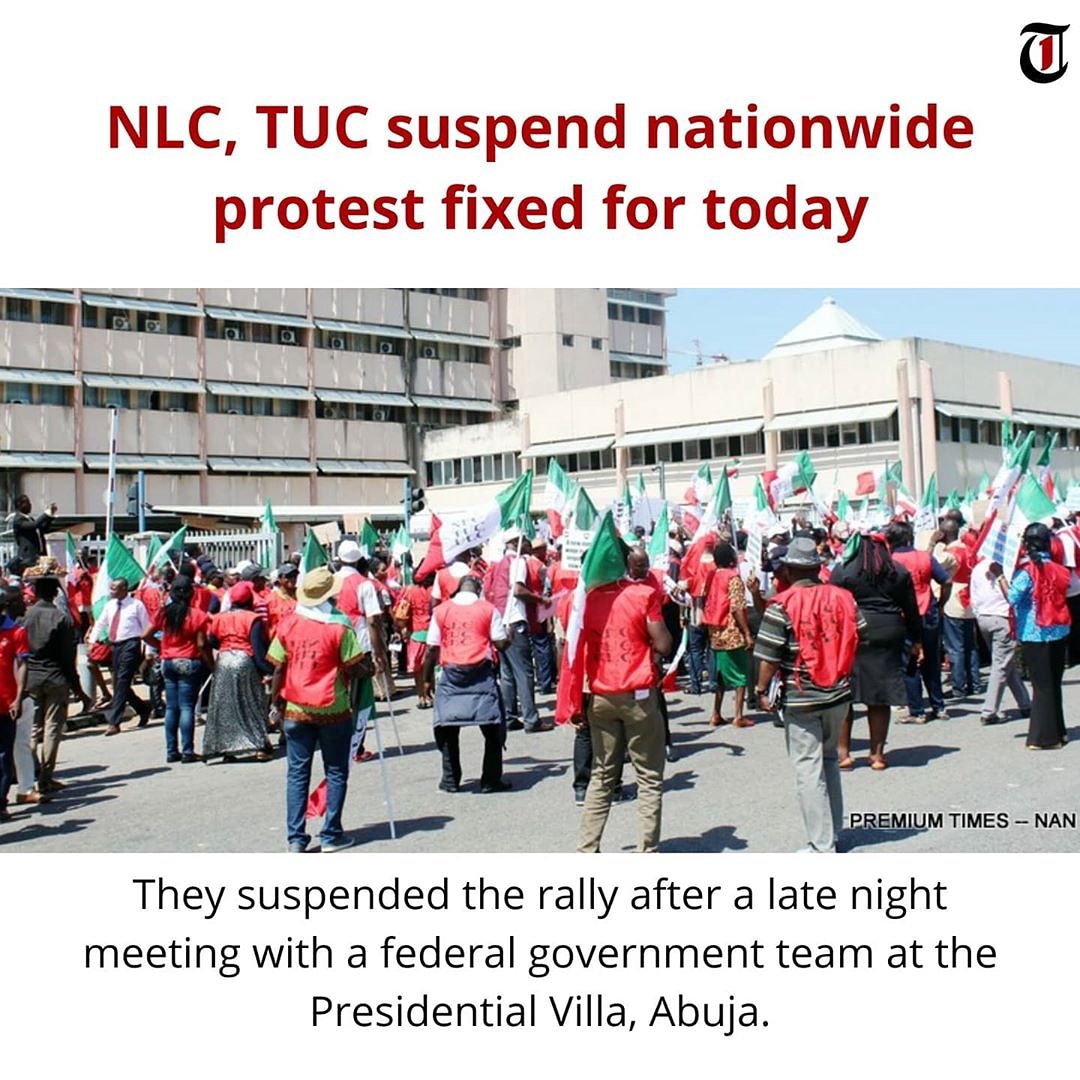 The labour unions, NLC and TUC, had scheduled September 28 for a nationwide rally to protest increases in the prices of petrol and electricity.
They suspended the rally after a late-night meeting with a federal government team at the Presidential Villa, Abuja.
They also resolved to review their decision in another two weeks to see if their agreement with the government is being complied with.
The suspension of the protest was announced by the minister of labour and employment, Chris Ngige, and contained in a communiqué signed by all the parties involved in the meeting which ended in the early hours of Monday.
Mr Ngige said the unions decided to suspend the strike after fruitful deliberation.
“Consequently, the NLC and TUC agreed to suspend the planned industrial action,” he said.
Speaking on the electricity tariff, Mr Ngige said the parties agreed to set up a Technical Committee comprising Ministries, Departments and Agencies of government as well as the NLC and TUC, which will work for a duration of two weeks from today.
He said the responsibility of the committee is to examine the justifications for the new policy in view of the need for the validation of the basis for the new cost-reflective tariff as a result of conflicting information from the field.
According to him, the technical committee membership is as follows: Chairman: Minister of State Labour & Employment – Festus Keyamo; Minister of State Power – Godwin Jedy-Agba; Chairman, National Electricity Regulatory Commission – James Momoh; SA to Mr President on Infrastructure – Ahmad Zakari; NLC member – Onoho’Omhen Ebhohimhen; NLC member – Joe Ajaero; TUC member – Chris Okonkwo and a representative of electricity distribution companies, DISCOS.
Mr Ngige said the committee would also look at the different DISCOs and their electricity tariff ‘vis-à-vis NERC order and mandate.’
On Petrol
Mr Ngige said all parties agreed on the need for expanding the local refining capacity of the nation to reduce the overdependence on the importation of petroleum products