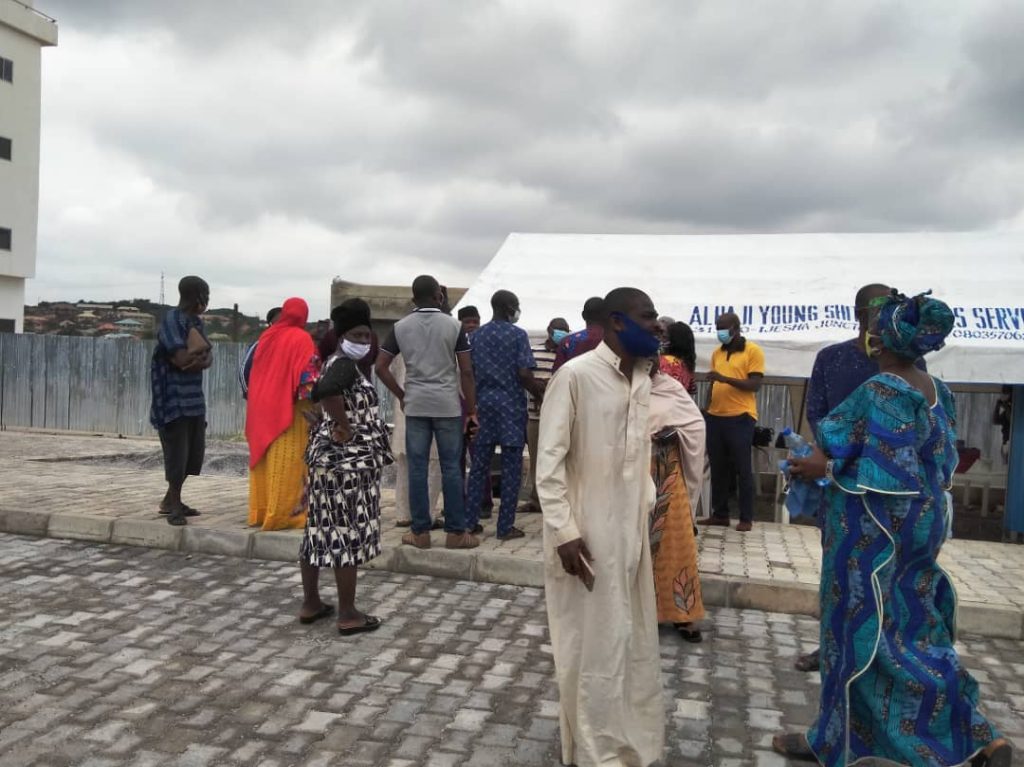 With schools reopening for graduating pupils this week after months of closure due to the coronavirus pandemic, parents of pupils in private secondary schools in Ogun State on Sunday kicked against the request of N25,000 COVID-19 test fee by the government, The PUNCH reports.

Many of the parents, who took their demonstrations to the streets, faulted the decision of the government to ask them to pay N25,000 on each pupil before they could be allowed to resume.

The state government had said no boarding school pupil would be allowed to resume without a valid negative COVID-19 test certificate.

The government also asked the parents to take their wards to designated places for the test between Friday and Monday.

The dissatisfied parents on Sunday thronged the MTR 250 bed specialist hospital, Oke-Mosan, Abeokuta, the designated place for the pupils in Abeokuta.

It was gathered that attempts by the parents to get their children tested for free failed as they were asked to pay N25,000 on each child.

When The PUNCH visited the venue, it was observed that many parents were locked out of the facility.

Some of the parents, who spoke with The PUNCH did not want their names in print because of attendant consequences but they lamented that the payment of N25,000 for COVID-19 test shows the government cared less about its citizens.

They complained that the economic reality in the country has made it difficult to pay such an amount of money.

Attempts to get the Special Adviser to Governor Dapo Abiodun on Primary and Secondary Education, Ronke Soyombo, failed as she did not pick calls to her line and did not reply to the messages sent to her mobile.