Factcheck : Has Hushpuppi Been Released From Prison? 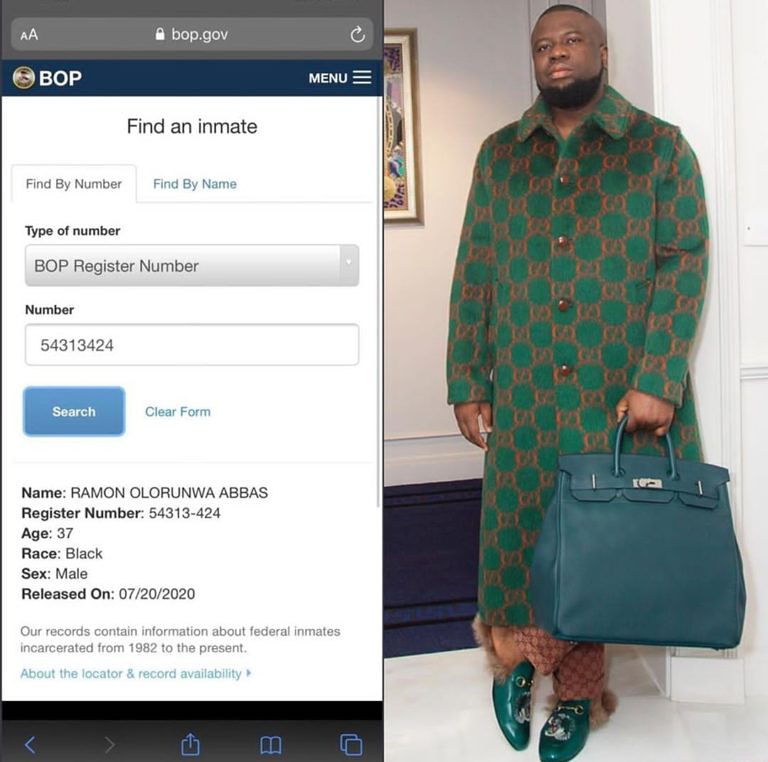 Suspected Nigerian fraudster, Ramon Abbas a.k.a Hushpuppi was reportedly released, according to information on the official website of Federal Bureau Of Prisons website.
However, confirmation has it that he is still under arrest and he’s being transported to another state for trial.His legal representative Gal Pissetzky has denied rumours that his client has been released from prison.
Mr Pissetzky told The Punch on Wednesday that the suspected internet fraudster born Ramon Abbas was on his way to California, United States for trial.
“He has not been released and I am still his lawyer. He is on his way to California. Not everything you see on court documents is accurate.
“Just because the jail record says ‘released’ does not mean he has been released. He is being transferred to California,” the Chicago-based lawyer said in a phone conversation.
A Chicago court had earlier denied the Nigerian bail for alleged internet fraud running into millions of dollars.
The court also ordered that he will be tried in California.
Hushpuppi was arrested in Dubai and extradited to the United States. He is said to have defrauded 1,926,400 people across the world of about 1.6bn Dirham (N168 billion).