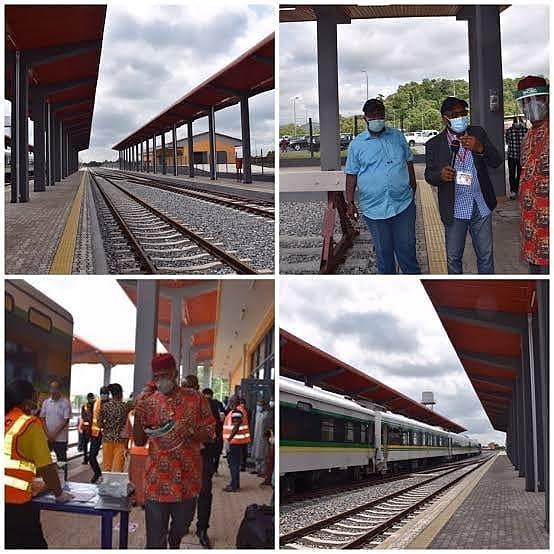 President Muhammadu Buhari has named the railway complex in Agbor, Delta state after former President Goodluck Jonathan.
Presidential aide Tolu Ogunlesi and the Minister of Transportation, Rotimi Amaechi made the announcement on Saturday July 18.
The railway complex in Agbor is the centre of operation which connects the Itakpe-Warri rail line to the Lagos-Calabar coastal railway project, which cuts across most states in the south-east and south-south.