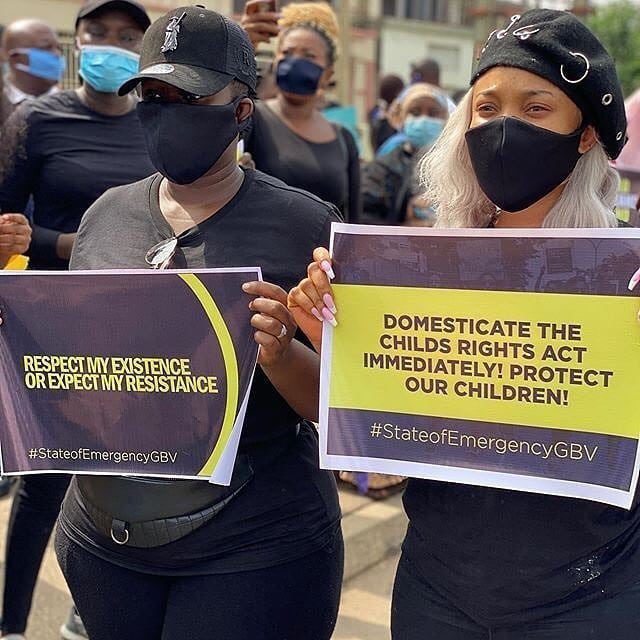 Popular Nollywood Filmstars and other female Nigerian celebrities yesterday, held a peaceful protest against rape in Lagos and Abuja, demanding prompt action from lawmakers.
Nollywood actresses, Tonto Dikeh, Hilda Dokuba, comedian RealWarriPikin, TV personalities, Bolanle Olukanni and Stephanie Coker, were among the notable faces who joined in the StandToEndRapeProtest.
Tonto shared photos of herself from the protest and wrote; “Earlier today I joined realwarripikin and others amazing NGO’s to hold a PEACEFUL PROTEST AGAINST GENDER BASES VOILENCE, RAPE AND MURDER OF OUR YOUNG GIRLS AND WOMEN.. TODAY WE SAY ENOUGH IS ENOUGH”
Veteran Actress, Hilda Dokubo, who was also present at the protest, shared a video of herself demanding for justice and she captioned it ;
Justice is not just ice. Stop throwing the cases and the victims into the freezers until they become ice. We can’t keep burying our children because those who are supposed to be protecting us are busy questioning and blaming the victims.
When those who stood up and demanded justice is counted. Will you be numbered?
What will your number be known for? 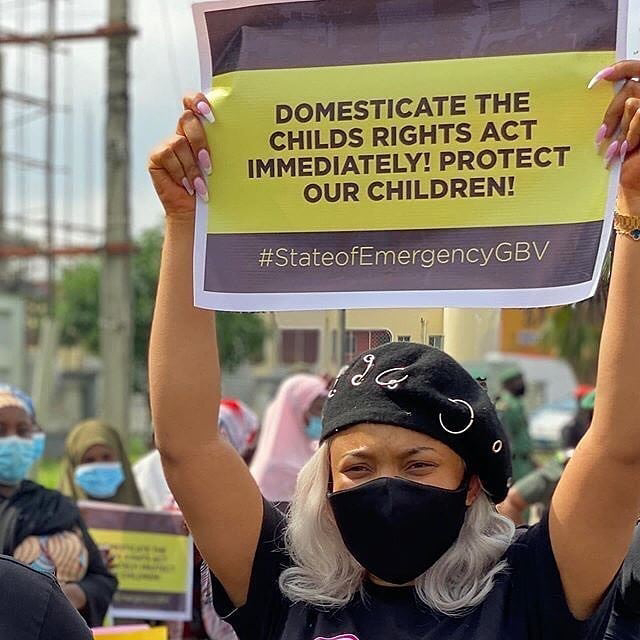 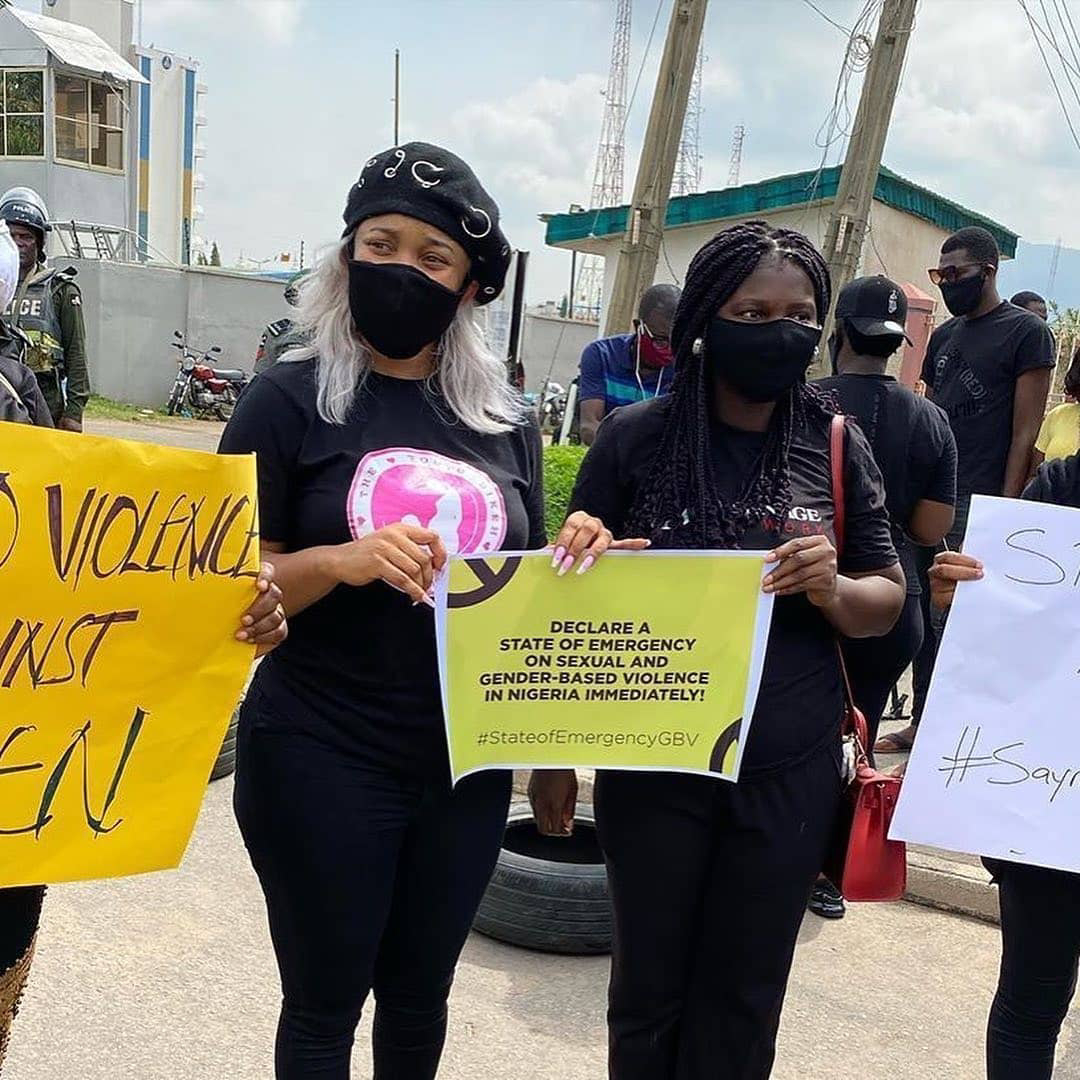 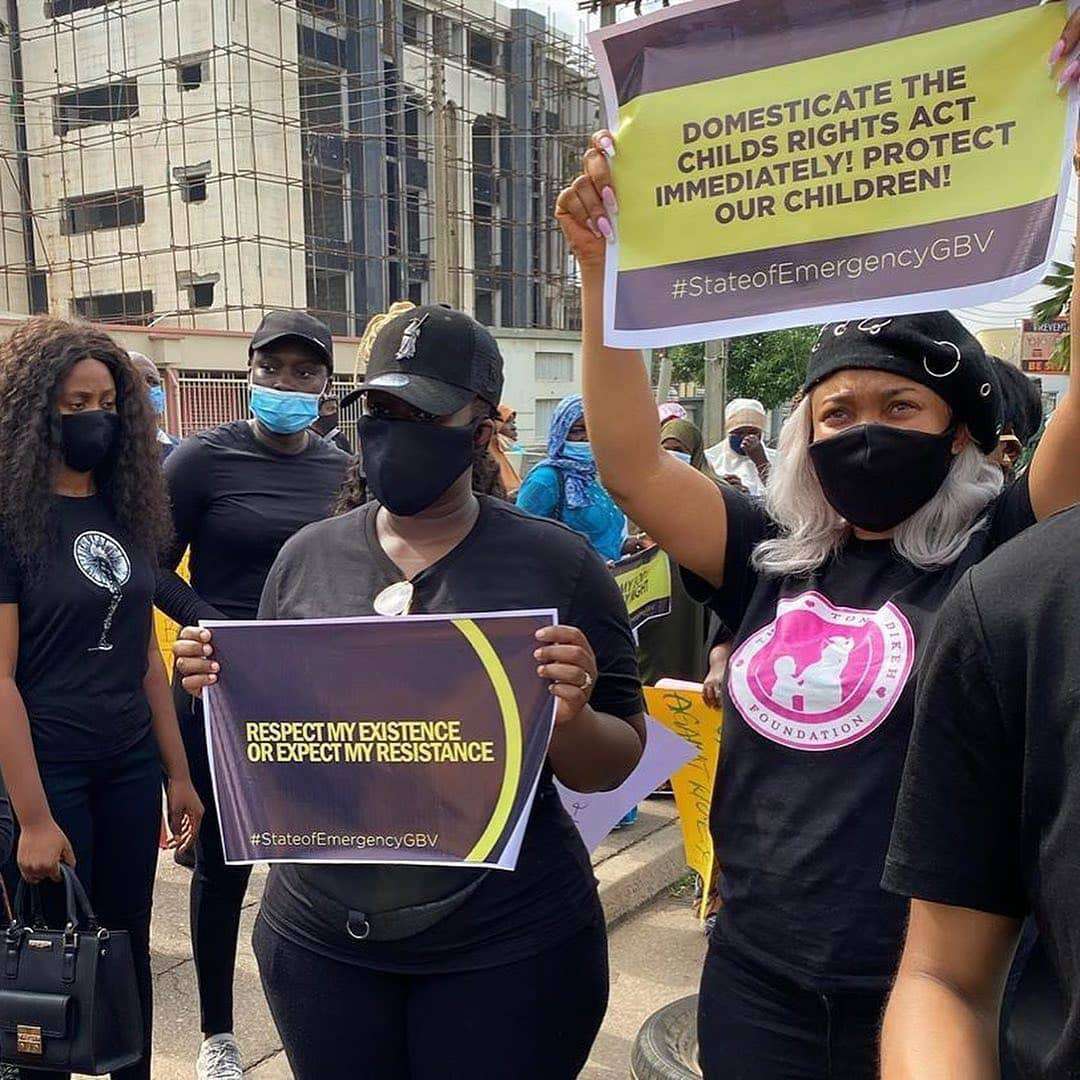