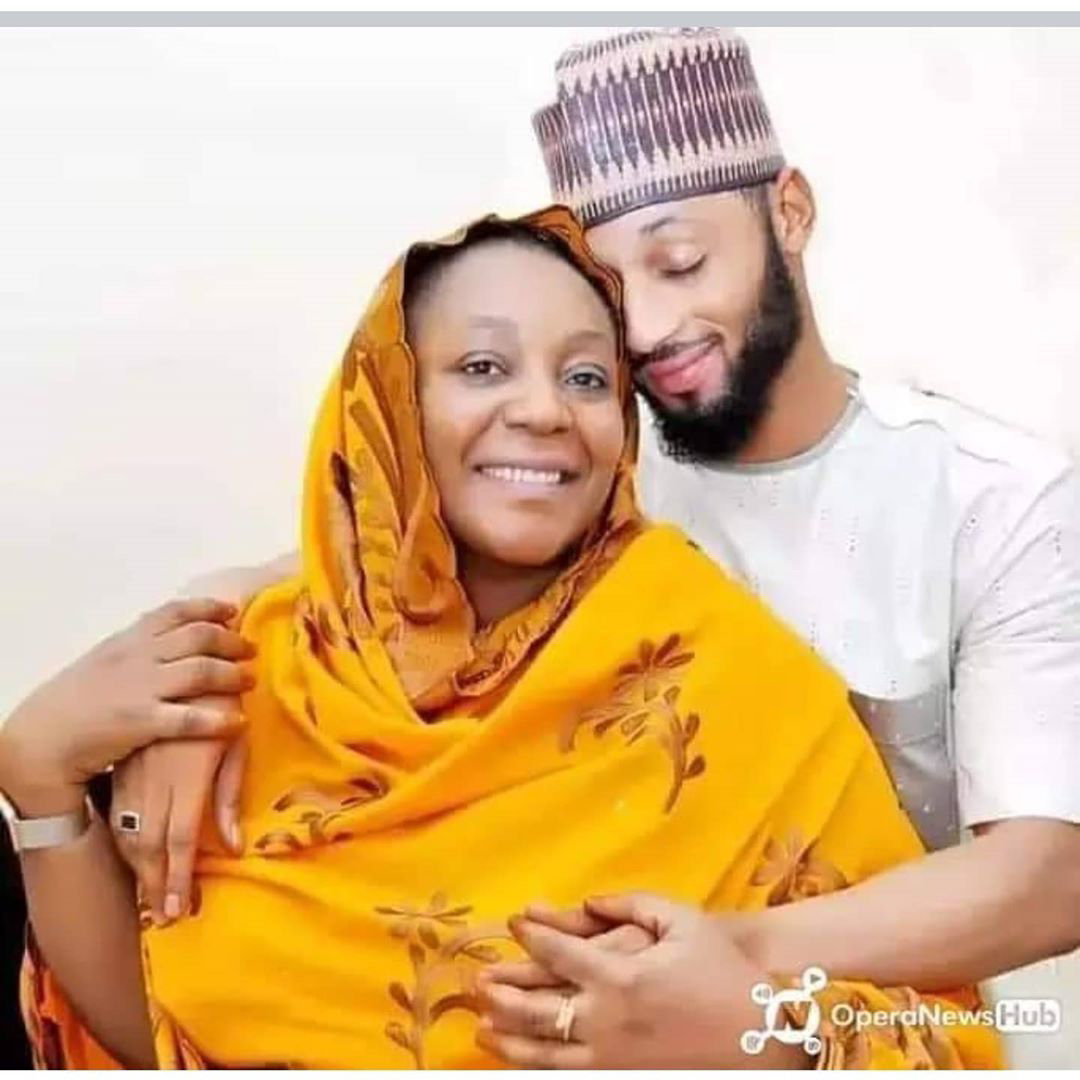 A young promising actor in Kannywood industry, Abdulaziz Shuaibu 27-year-old married an orderly woman, Hajiya Nana, who was once a senatorial candidate in Kaduna State.
Since the wedding pictures appeared on the internet some are criticised the marriage while some other hands were not believed he got married to that orderly woman.
In a short video clip made by the groom, Abdulaziz confirmed that he got married to Hajiya Nana, and they have been in love for more than two years before they recently got married.
However, in the same shot video clip the Kannywood actor Abdulaziz Shuaibu depends on himself for those who said he marry her for her wealth, He said, "more younger men date and marry older women than we realize". Abdul said.
He also gave an example with Hollywood actress Demi Moore who married 16-year-old boy Aston Kutcher.