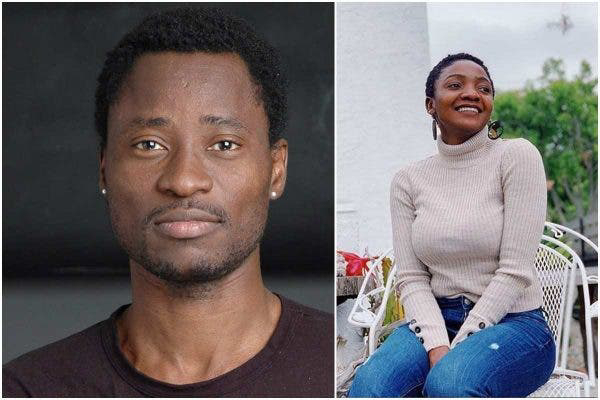 Nigerian LGBT activist, Bisi Alimi is not happy with musician, Simi and has taken to social media to slam her for preaching against hate while being homophobic.
Simi had taken to her Twitter page to condemn hate crimes among blacks, stating that it is one thing to hate someone for being different than you but wondered how one does not value someone else who is like them.
She wrote: “And we have our own people killing us in the streets and it has become so normal now. It’s almost more abhorrent. As fucked as it is, it is one thing for people to be intimidated by and hate you for being different, but how do you not value someone the exact same as you?”
This didn’t go down well with Bisi Alimi who responded that Simi is a hypocrite for sympathising with abroad blackness while ‘promoting local homophobic violence against their own’.
He wrote: “There is a name you call the #Nigeria middle/upper class elites that sympathise with abroad blackness but promote local homophobic violence against there own #LGBT; hypocrites. The @SympLySimi of this world. You are a disgrace.” 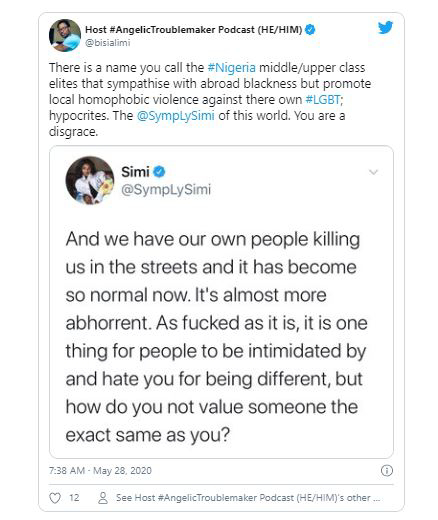