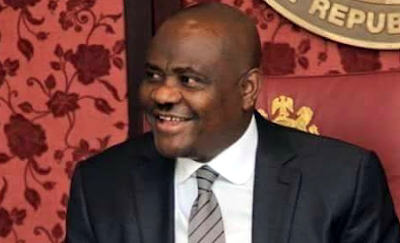 Some Rivers residents in Port Harcourt and Obio/Akpor LGAs on Thursday expressed joy over the announcement of a six-day suspension of the total lockdown by the state government.
The state Governor, Nyesom Wike, had on Wednesday evening announced the suspension.
The residents said they were becoming desperate before the latest development.
One of the residents of Elioparanwo in the Obio/Akpor LGA, Michael, said, “To be honest with you, I almost died of hunger yesterday. All shops and chemists were closed; the lockdown this time around was very severe, streets were empty as if everyone had travelled out. I have run out of cash and I was stranded. I even had to plead with my landlady to assist me with something to eat.
“By tomorrow, I am out of the city to my village in Abua. Do you know what it means to live in an isolated place and you don’t have enough money to buy what to eat? Even if you have money, where to buy is not available.”
Another resident, who identified himself as Felix, said he exhausted the money.
Felix, who lives in the Diobu area of Port Harcourt, said “When Wike earlier suspended the restriction of movement in my area for some days, as a taxi driver, I managed to gather some money to sustain myself for a while. After buying garri and rice, my money finished.
“What I had left was just to buy kerosene, water and other little things at home. When I heard that Wike had given us another six days, I just prayed that God should bless him for that.”
Our correspondent, who went round Port Harcourt, observed that traffic had built up on major roads, while shoppers were seen in front of supermarkets and banks.