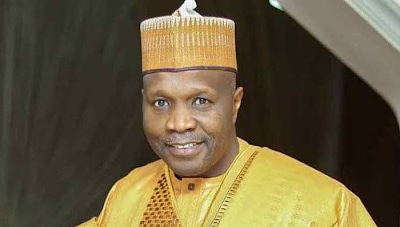 Governor Inuwa Yahaya announced the lifting of the suspension on Thursday in Gombe after a meeting with religious leaders in the state.
.
.
Yahaya said the decision followed assurances from the religious leaders to comply with all health directives on the COVID-19 pandemic.
.
.
Yahaya noted that the restriction imposed by the state government to contain community spread of the disease had yielded results.
.
.
He said since the religious leaders had given assurances that they would comply with all health authorities’ directives on COVID-19, churches and mosques should open for worship.
.
.
The governor directed that some members of the religious organisations be trained by the state’s task force on COVID-19 to ensure effective observance of the preventive measures.
.
.
Yahaya, however, warned that should the religious organisations fail to comply with the health directives, the government would reimpose the ban.
.
.
Earlier, Chairman of the state’s Taskforce on COVID-19, Prof. Idris Mohammed, appealed to the people to ensure compliance with the directive by observing physical distancing, regular hand washing, use of face masks and sanitiser.
.
.
Mohammed stated that the taskforce would train some members of religious organisations, who would, in turn, pass on the training to create more awareness on preventive measures.
.
.
Rev. Ibrahim Jodi, Gombe State Chairman, Christian Association of Nigeria (CAN), promised that they would observe all health directives, adding, “We have been complying with physical distancing and other directives before the lockdown.”
.
.
Malam Salisu Muhammad, leader of the Izala Muslim group in the state, said they were ready to abide by all rules while worshipping in Mosques.
.
.
Muhammad further pledged more supports for the state government’s fight against COVID-19 in the state.