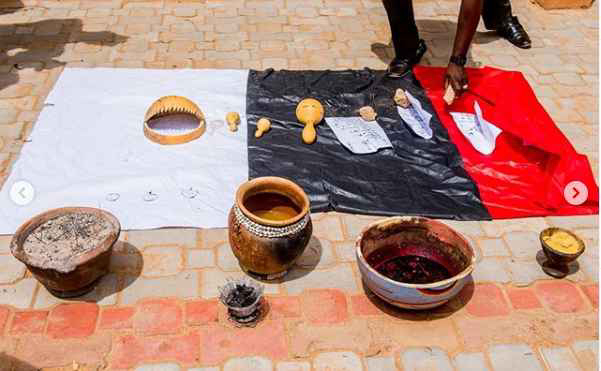 The names of top politicians among other fetish items were recovered at a house suspected to be cultists’ shrine in Zamfara state, earlier today.

According to a statement released by the SSA New Media to the governor, Ibrahim Bello Zauma, the cultists in the den were busted after residents in the area suspected their notorious activities in the area.

According to reports, whenever the cultists come around for their activities in the den, animals in the community begin to die.

Zamfara State Government has discovered a ritual house full of fetish blood-filled gourds, scripts bearing names of targets which include the governor himself and other top government functionaries.

According to the Commissioner of Police Usman Nagogo, “the information had it that a house in Unguwar Dallatu, Bayan Tasha, has become a sort of worry to the inhabitants of the area.

They decided to pass the information” to the police for appropriate action and on the dispatch of the police to the suspected crime scene, the team were shocked to find “a pot with many niddles inscription and another “with water and rosary encircled, a calabash full of blood yet to be identified as human or not, an open pot with some local powder medicines, a local cattle designed like helmet with Arabic inscription, a local stuff with charcoal and scents pour into it, a polythene bag containing cloth of many colours and design of human skeleton and a double foolscap paper containing names of many political leaders in the state”. 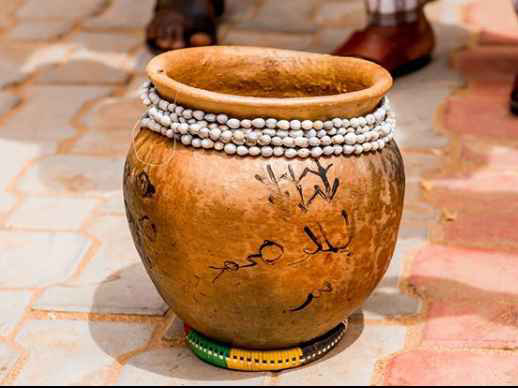 CP Nagogo added that investigation into the matter is in progress and reiterated the commitment of the police force in nipping in the bud all forms of such nefarious activities.