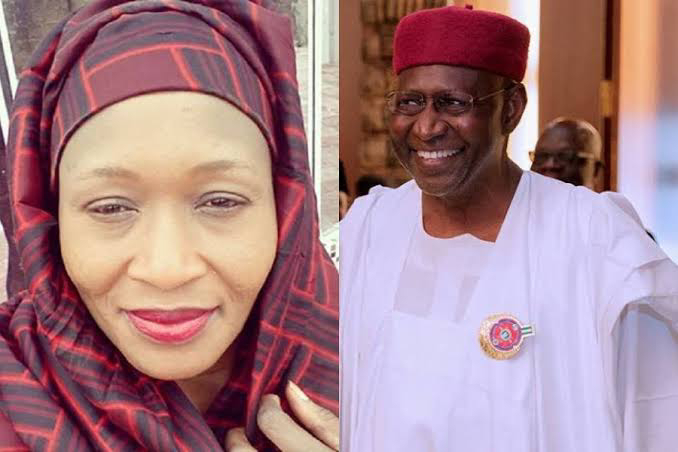 Controversial Nigerian Investigative Journalist, Kemi Olunloyo has claimed that the late Abba Kyari, who until his demise was the chief of staff of Nigerian president Muhammadu Buhari, had already been cremated in Ikoyi.
According to the journalist, the burial service held today was just an arranged plot as the Statesman had already died and had been cremated.
The Federal government is yet to respond to the allegation.
See her tweet below…. 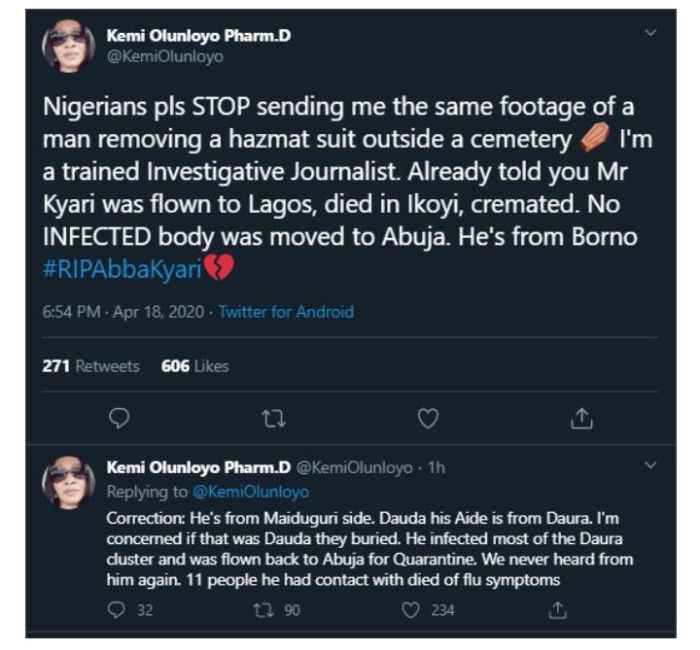