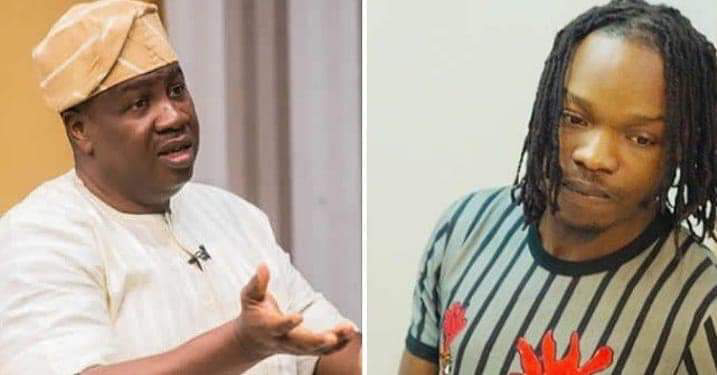 In fulfillment of the Lagos State Government conditions for withdrawing the charges brought against them, controversial hip-hop star, Azeez Fashola popularly known as Naira Marley, former Lagos governorship aspirant, Babatunde Gbadamosi and his wife Folashade has submitted their apology letters.

The Lagos State government listed three conditions for withdrawing the charges levied against the trio for flouting its coronavirus social distancing directive.

(1) They have to write a formal apology to the Government of Lagos State which will solidify the remorsefulness shown by them.

(2) They have to give an undertaking in writing that they will continue to comply with the directives of Mr President and Mr Governor which is the subject matter of the case before the court.

(3) In view of the danger which the state believes they’ve put themselves by attending a gathering exceeding 20 persons, they must agree to go on 14 days isolation to protect other members of the public from any likely danger.
See screen shot below: 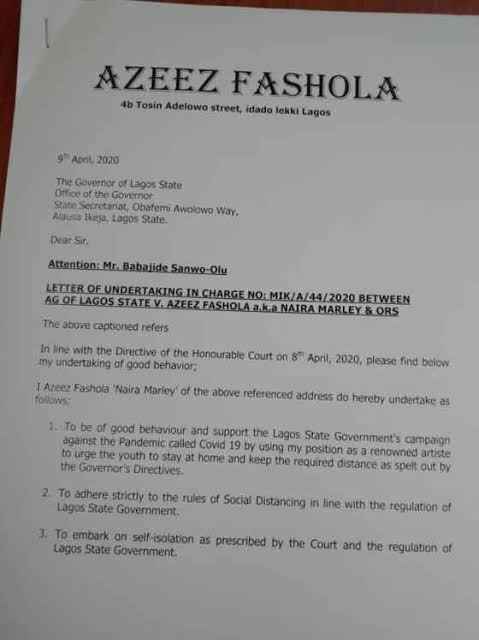 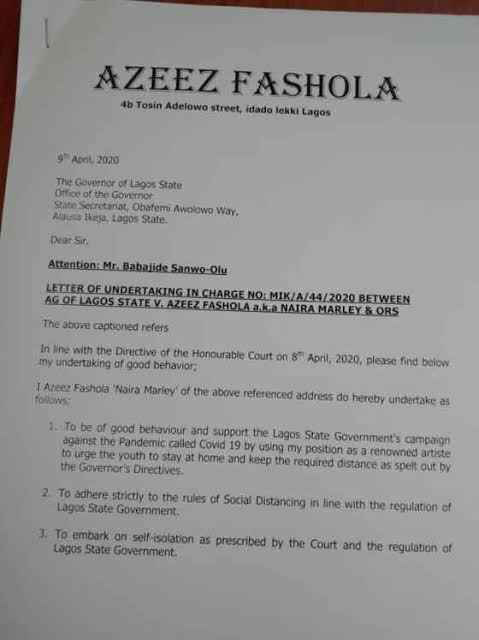 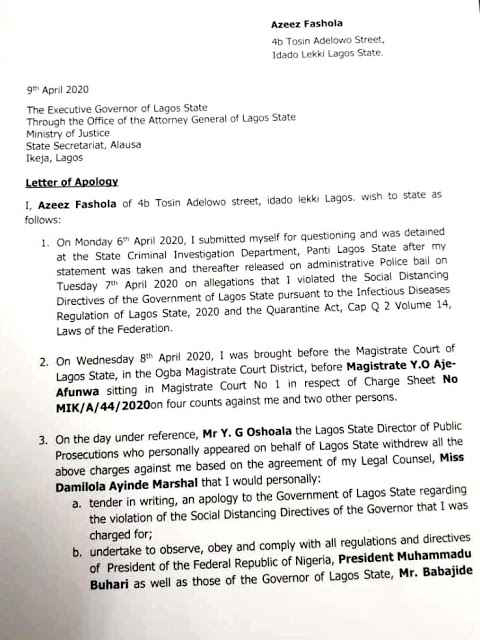 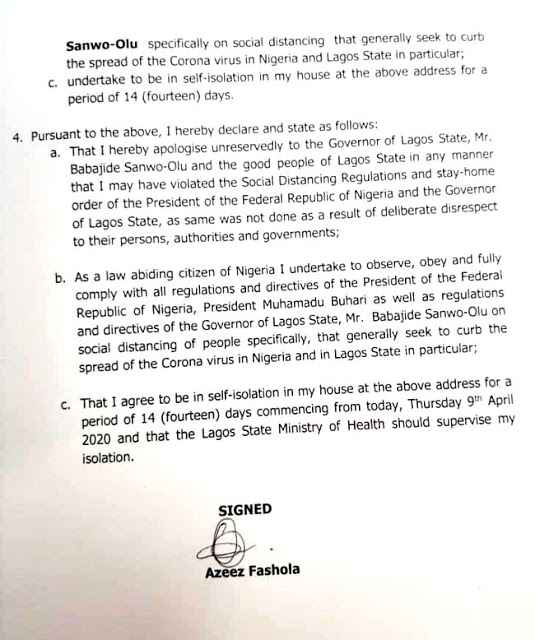 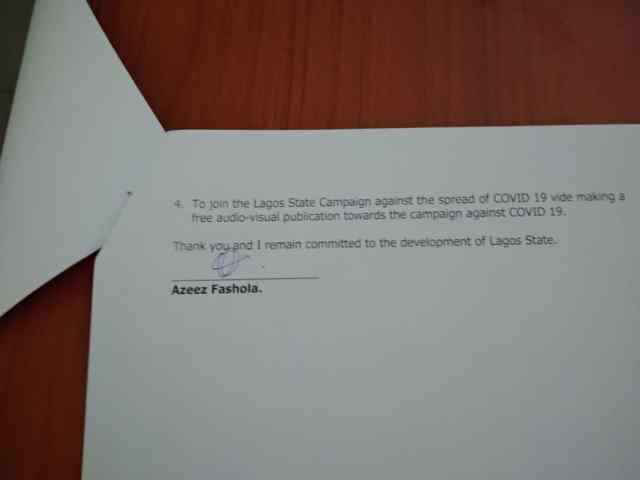 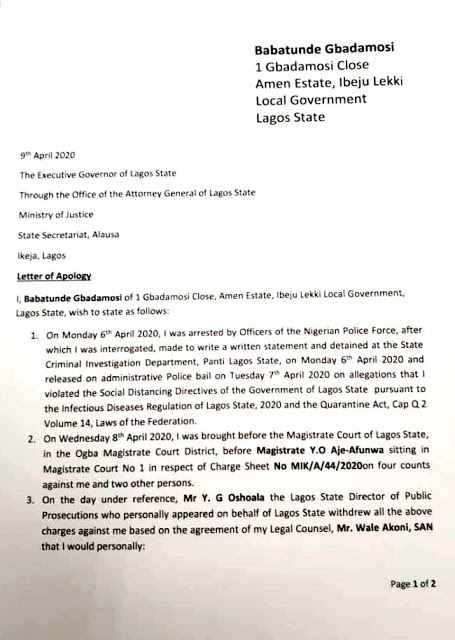 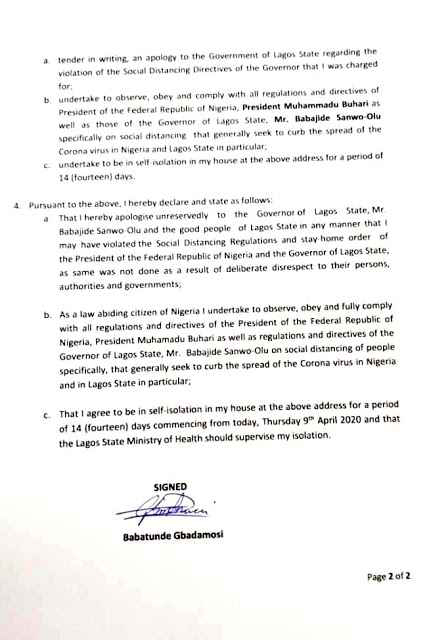 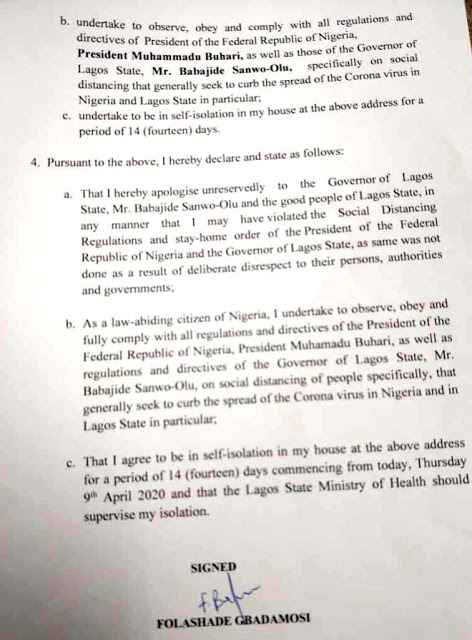