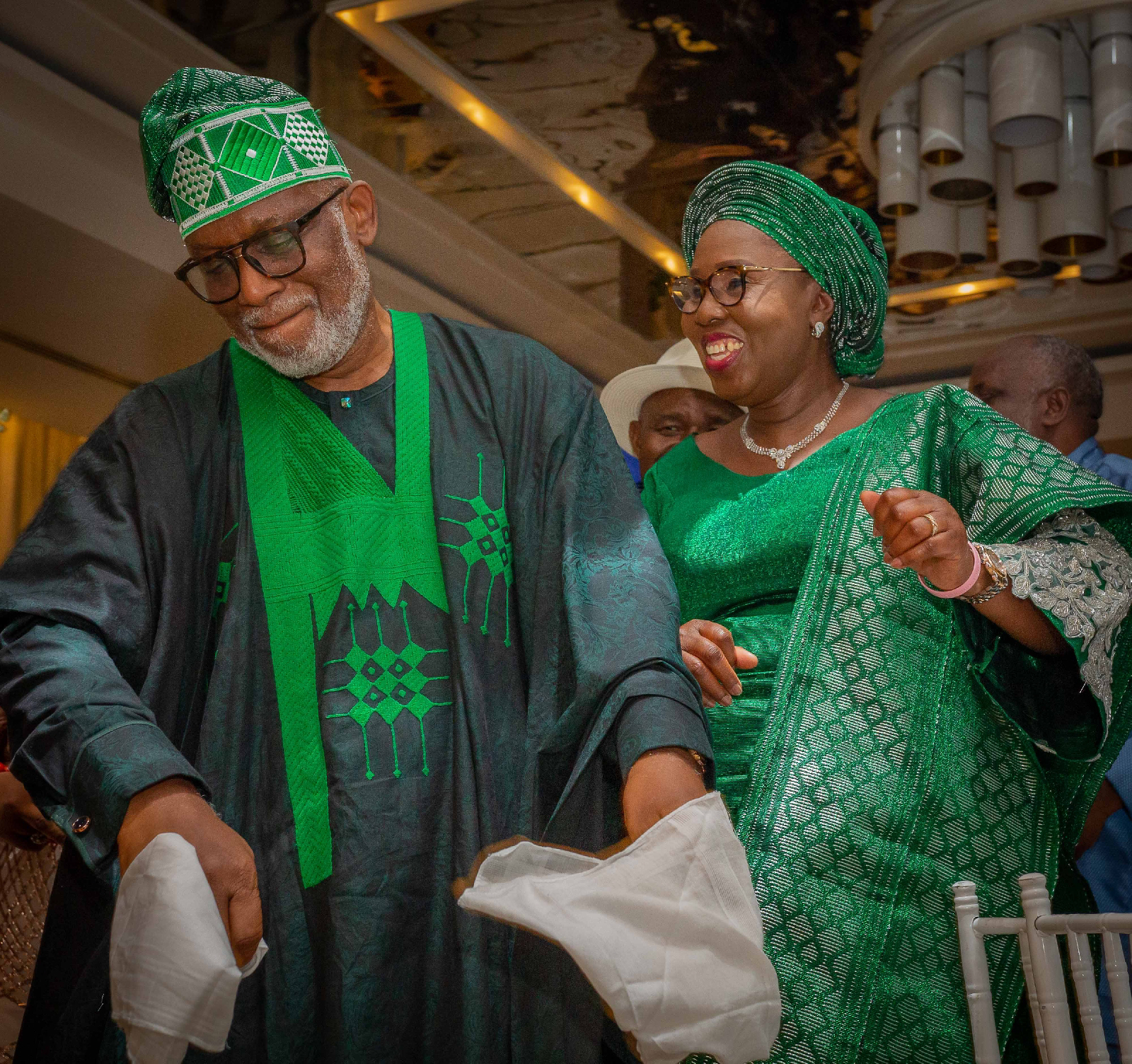 Ondo state governor, Rotimi Akeredolu and his wife, Betty, are celebrating their 39th wedding anniversary today April 18.
The pair got married in April 1981 and have remained happily married ever since.
The governor took to his Twitter handle to wish himself and his wife a happy wedding anniversary
"39 years thus far. May God's name be praised. Happy anniversary Darlin' mi @Bettyaak'' he wrote
Check out the throwback photos below. 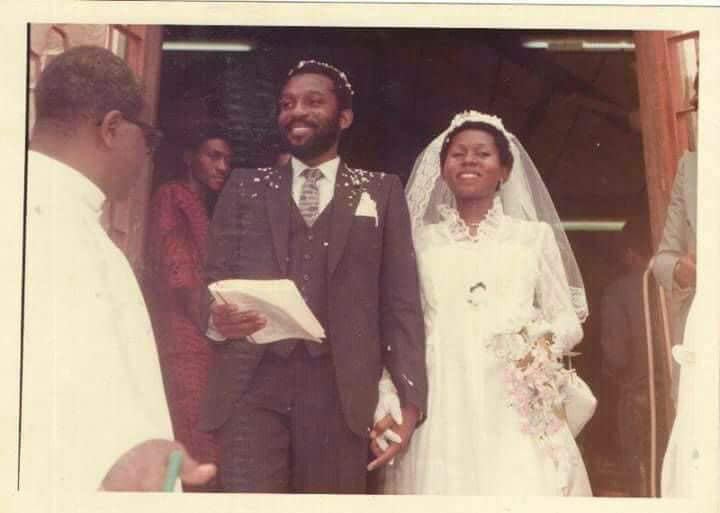 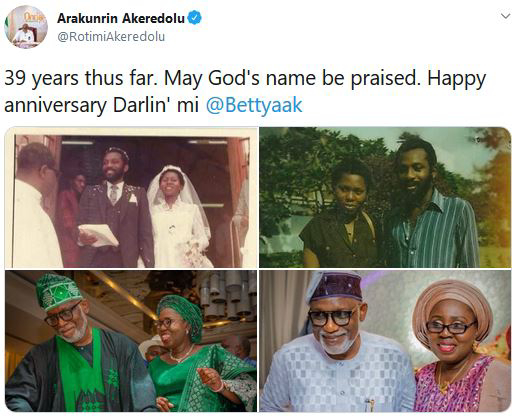 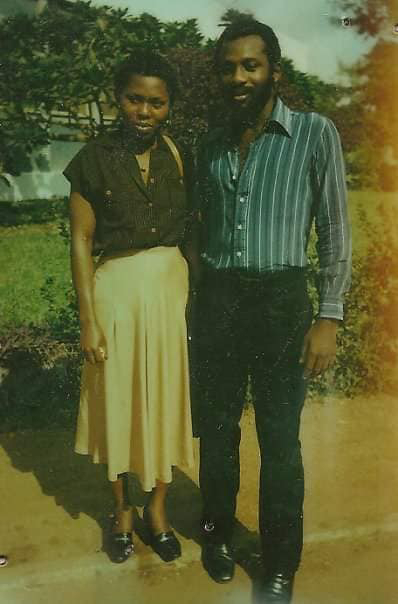