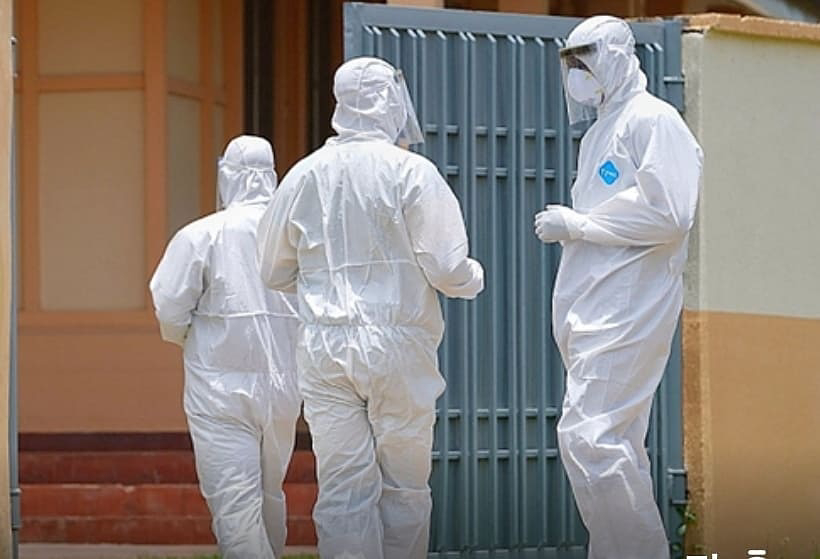 The Lagos State Commissioner for Health, Prof. Akin Abayomi, has released the list of areas with the highest numbers of confirmed cases in the state. .
.
According to him, Eti-Osa Local Government Area tops the list with 47 cases, followed by Ikeja – 24; and Lagos Mainland – 14. .
.
Abayomi gave out the statistics while giving an update of COVID-19 situation in the state on Friday.
He said that Lagos has recorded 98 confirmed cases in six local governments. .
.
However, he said 24 patients have been discharged, bringing the number of active cases in the state to 74. .
.
See full list:
1) Eti-Osa – 47
2) Ikeja – 24
3) Lagos Mainland – 11
4) Alimosho – 1
5) Agege – 1
6) Ikorodu – 1
Cases by age
The commissioner said that most of the patients are between 30 and 59 years old. He said that only three patients are between 60 and 70 years currently receiving treatment. .
.
Gender distribution
Abayomi said 64 per cent of the patients are males, 36 per cent females. .
.
He said that 68 per cent of the cases were imported in the first four weeks of confirmation of the index case in the state. “91 per cent of confirmed #COVID-19 cases in Lagos are Nigerians, nine per cent are foreigners,” he added. .
.
Updates on cases in Lagos: .
.
Total confirmed cases – 98
Active cases – 74
Total discharged – 23
Total evacuated – 1
Test conducted daily – 200 to 300
Available ventilators: About 20