UPDATE: Over 50 Houses Destroyed In The Horrific Lagos Explosion 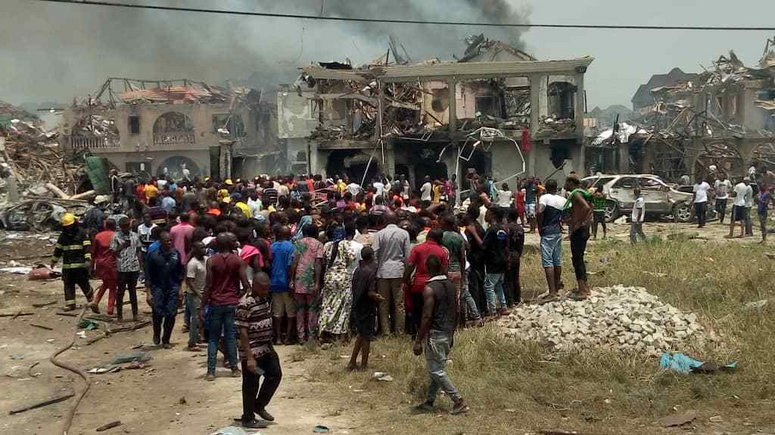 Some of the affected buildings

The National Emergency Management Agency (NEMA) says over 50 buildings were destroyed in the explosion that rocked Abule Ado in Amuwo Odofin local government area of Lagos on Sunday morning.

Ibrahim Farinloye, acting coordinator of the Lagos territorial office of NEMA, disclosed this in an interview with NAN.

Farinloye said the cause of the incident and casualty figure were currently unknown as “rescue operations are still going on in the affected area”.

He said the resulting fire, from the explosion, later spread to the Nigerian National Petroleum Corporation (NNPC) oil pipeline passing through the area, although the pipeline had been shut down as a precautionary measure.

According to him, a combined team of the Lagos State Fire Service, Federal Fire Service and the Nigerian Navy Fire Tender are currently battling to put out the inferno.

The explosion caused panic among Lagos residents after it shook many houses in Ijegun, Festac Town and other communities outside Amuwo Odofin.

TheCable had reported how students of a boarding school in Abuke Ado were trapped in their dormitory as a result of the explosion.