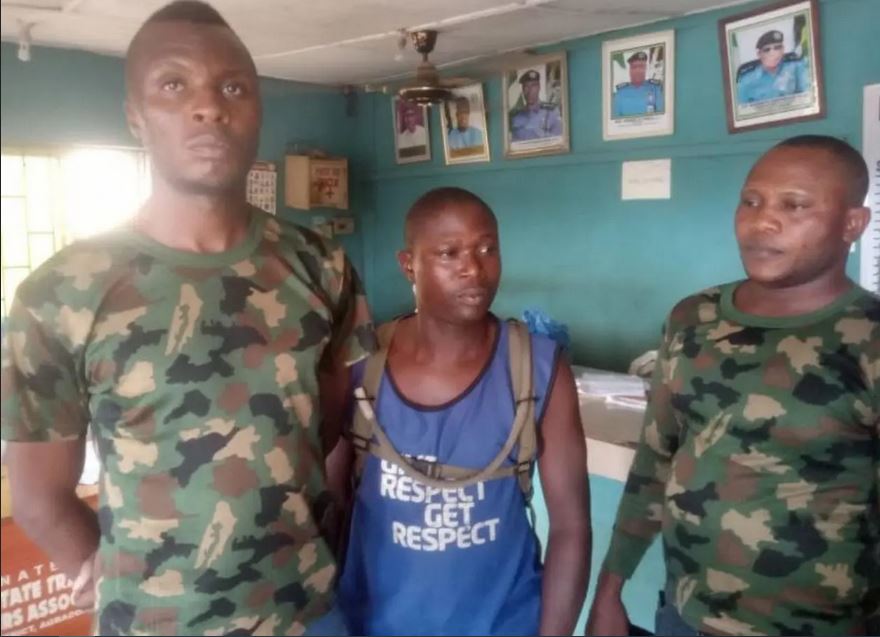 Three men have been arrested by the Ogun State police for allegedly parading themselves as soldiers.

DAILY POST reports that the suspects, Olanrewaju Adebayo, 33; Jacob Onebi, 36 and Olabode Oluwaseun, 35, were nabbed for allegedly engaging in several illegal activities in Agbado area of the state.

Confirming the arrest, the state police spokesman, Abimbola Oyeyemi, informed that the suspects were apprehended in military camouflage on March 3.

Oyeyemi said the suspects had initially claimed to be officers of 174 Battalion Ikorodu, Lagos State, adding that two of them later confessed under interrogation that they had been dismissed from the Nigerian Army years ago.

The third suspect, it was learnt, is a friend of the two dismissed soldiers and was co-opted into their nefarious activities.

DAILY POST learnt that the DPO of Agbado division SP Kuranga Yero, was on routine patrol of his area with his patrol team when he sighted the suspects, accosted them and demanded their proper identity.

The case has been transferred to the state CID, on the directives of the Commissioner of Police, for further investigation.