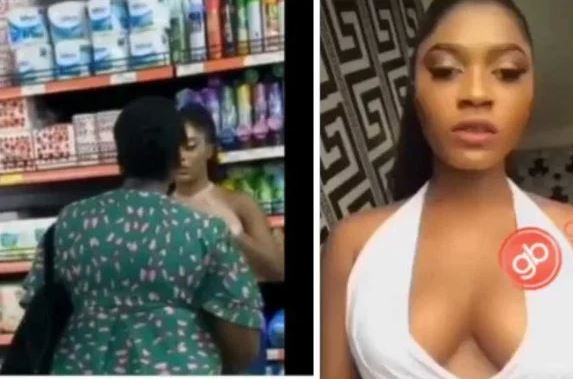 The lady however did not mutter a word as she made attempts to leave the mall leaving her attacker behind.

In a new video, the lady has now spoken on the whole mall drama. Stating that she shot it without knowing that it would go viral.

The lady further advised women to satisfy their husbands, regardless of the sexual position he demands.