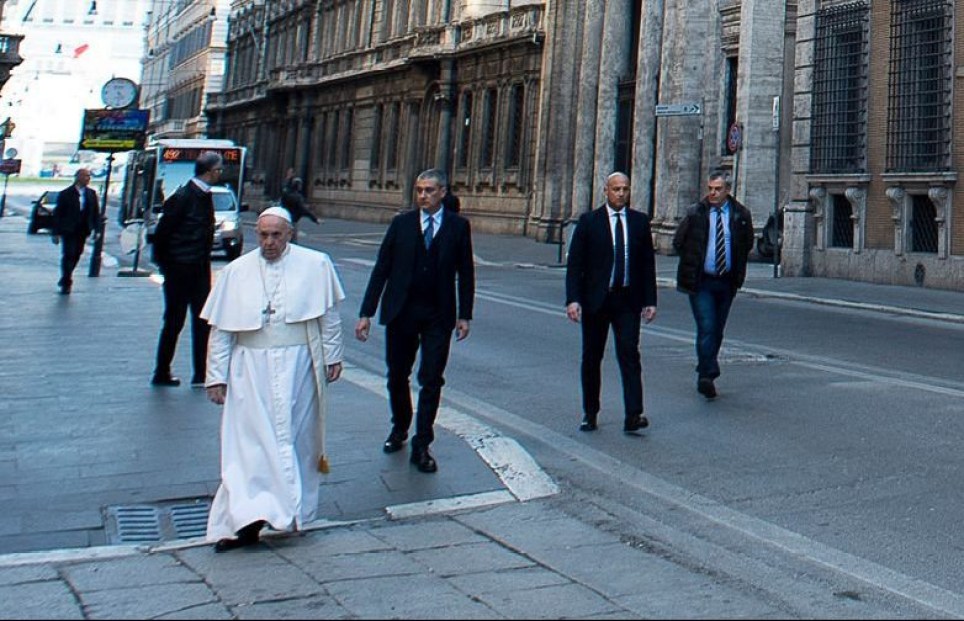 Pope Francis, the head of the Roman Catholic Church has been pictured walking through the empty streets of Rome offering prayers to people affected by coronavirus and for an end to the crisis.

He was flanked by security guards shortly after delivering a blessing from his balcony window over an empty St Peter’s Square.

He left the Vatican unannounced and visited two churches, praying at the Basilica of Santa Maria Maggiore and St Marcello church where he prayed in front of a crucifix that was used in a procession when the plague hit Rome in 1522. A Vatican statement said he prayed for an end to the pandemic and also for the sick, their families and health providers and workers keeping pharmacies and food stores open amid a national lockdown.

According to Metro UK, in the photos, the pope showed no fear as he walked an empty Via del Corso, which is usually packed with shoppers and people taking strolls on Sunday. The Vatican said earlier that his Holy Weeks and Easter services next month will be held without public participation, a step believed to be unprecedented in modern times. 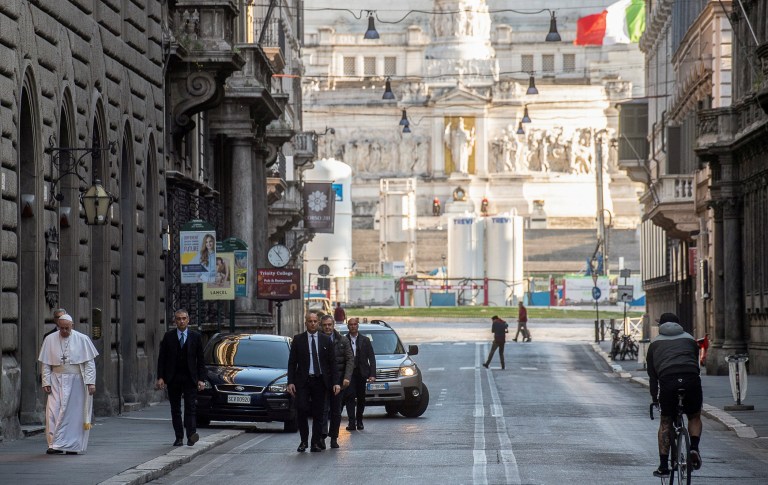 It was not clear how the massive events will be scaled down but sources said officials were studying ways to hold them in indoor locations, including St. Peter’s Basilica and the Sistine Chapel, with small representative groups attending. The number of cases of Covid-19 in Italy has surged higher again. Some 3,590 more cases of the coronavirus have been reported in a 24-hour period, nearly 100 more than the increase the day before. The additional infections reported on Sunday represent the country’s biggest day-to-day increase.

This comes after Italy’s Civil Protection chief Angelo Borrelli announced the latest number of cases, bringing the total number of people with the new coronavirus to 24,747.

The number of deaths had increased by 368 to 1,809. The Holy Week services, which begin on Palm Sunday, lead up to Easter, the most important day of the Roman Catholic liturgical calendar for the world’s 1.3 billion members. Palm Sunday, which commemorates Jesus’ entry to Jerusalem, usually takes place in St. Peter’s Square, which traditionally is decorated with olive trees while those in the crowd hold up palm branches. Another Holy Week event, the Way of the Cross procession on Good Friday, takes place around Rome’s ancient Colosseum. 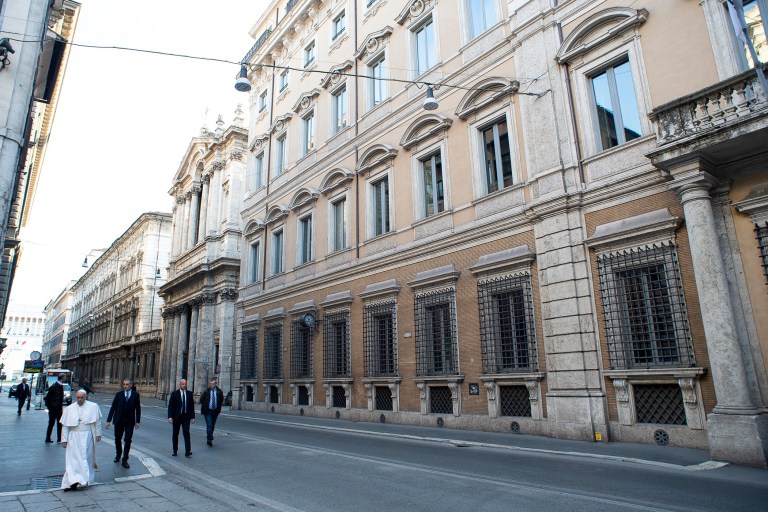