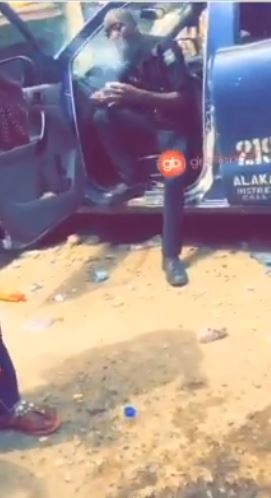 A Nigerian Police officer was spotted in a now viral video, rolling up something that looks like marijuana. The possession of cannabis is illegal and is punishable by a minimum sentence of 12 years in prison in Nigeria. In serious trafficking cases, life imprisonment may be imposed.

In a video , the police officer who is smoking, can also be seen rolling up something that looks like banned marijuana.

Many social media users while reacting to the video, said they weren’t surprised as officers regularly smoke the banned substance.